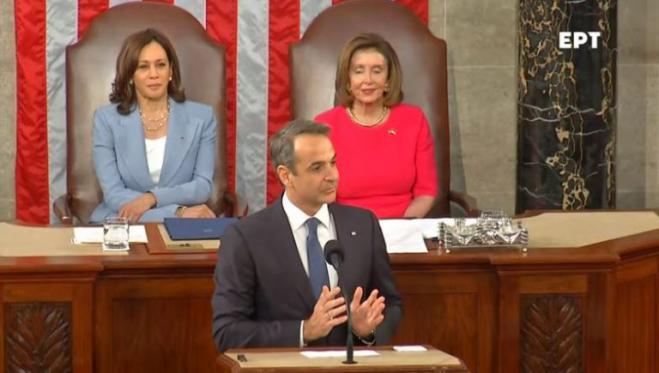 In 42 minutes, as SKAI broadcast, Congress applauded Mitsotakis 37 times in total (11 times standing up), it noted, noting that the prime minister "got a boost" from the Americans.

"Mitsotakis, the first Greek Prime Minister to speak to the Congress, was applauded 37 times, 10 of which the members of the House of Representatives stood up during his 42-minute speech," the article reads, emphasizing that: "The members of theCongress applauded 5 times when Mitsotakis spoke about Cyprus "

But Aksam also notes that "Congress is on his side" (Mitsotakis). . 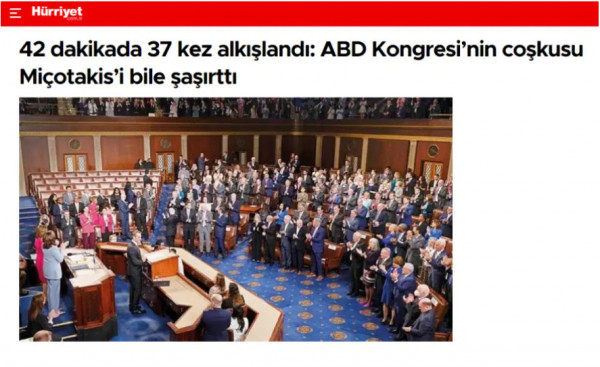