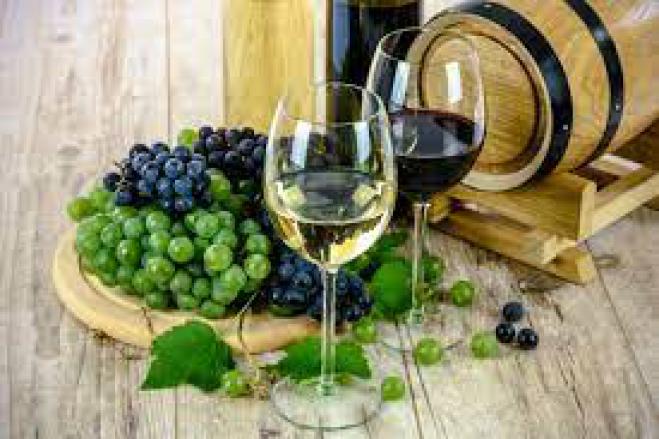 By 2023, the Craft Beverage Modernization Act (CBMA) will take a new turn, with new restrictions, but also so many other opportunities for wine exporters.

Alison Leavitt, director of the Wine & Spirits Shippers Association, explained at ProWein how foreign operators can benefit from the unexpected financial gain provided by this law.

For exporters wishing to enter the US market, CBMA opens up interesting possibilities, Sectoral National Agricultural Cooperative Of Vineyard Products KEOSEO points out in a relevant post.

Unbeknownst to both exporters and importers, the Craft Beverage Modernization Act aims to put large entities and small entities on an equal footing by offering tax breaks to the latter. "This law, originally requested by breweries, went into effect on January 1, 2018. No one suspected it would have such a significant impact on the industry," explained Alison Leavitt, director of Wine & Spirits Shippers Association (WSSA), which is responsible for facilitating the transportation of wines and spirits for its approximately 700 members, during the ProWein exhibition.

Until now, the law has been temporary in nature, undermining its effectiveness. American professionals, including the WSSA, pressured public authorities to make it permanent, a request that was now accepted, but with some significant modifications.

From 1 January 2023, importers will have to pay the taxes due and then claim a refund. In addition, the order will no longer be under customs supervision, but will be administered by the US Alcohol and Tobacco Tax Bureau (TTB). The latter is in the process of setting up two management addresses, one for foreign suppliers and the other for importers. In particular, in order to benefit from the tax advantage, exporters must draw up a formal letter in the form of a letter of acceptance, granting the rebate to their importers. "The foreign supplier is the one who decides to whom he will allocate the largest amounts, knowing that we generally choose our main importer. Amounts are reduced depending on the volume of imported wines and spirits. For wine, for example, the discount is $ 1 per gallon (3.79 liters) for the first 30,000 gallons (113,700 liters). Savings on alcohol taxes is very important," explains Alison Leavitt. "In one container they represent $ 36,000."

The changes made for the beginning of 2023 will not change the foreseen amounts, except for the registration system in TTB. "There is a high probability that the two addresses that are being prepared will not be ready at the beginning of next year, but in any case the statements will be made from the end of the first quarter onwards." Until then, WSSA will continue to raise awareness of the various actors in the supply chain about the existence of this tax advantage. "At least 25% of importers are not aware of this possibility. Some find it very complicated and even customs brokers do not necessarily want to bother. We have to assign the hard work to them!"

And yet, the consequences are obvious, especially in the context of price spikes. This tax cut could even encourage American entrepreneurs to relocate their branded wines to their advantage. Or the benefits could simply be shared between the two. " Alison Leavitt sees another non-monetary benefit in this: "For producers who are aware of this, CBMA can help them penetrate the US market. It gives a clear advantage to foreign producers. Everyone should be aware of its existence, we need to convey this message loudly and clearly."