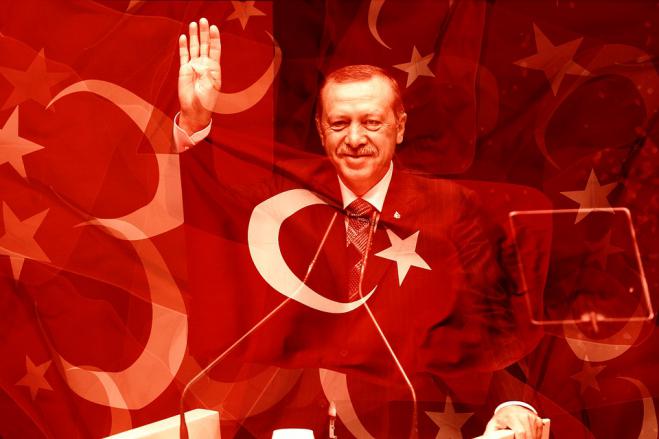 Time is running out for the NATO Summit - expected at the end of the month (June 28-30) - where Recep Tayyip Erdogan will be called upon to take a clear position on the accession of Finland and Sweden to the North Atlantic Alliance.

Others estimate (or want to believe) that Turkey will eventually back down, paving the way for the two countries' accession, but some analysts have begun to consider what could happen if Turkey does not finally withdraw its veto.

Such a development would come at an extremely critical juncture for NATO and Turkey's relations with Russia, against the backdrop of a war like the one in Ukraine that could not last for many months.

It is noted that Ankara is asking Sweden-Finland for compensation in order to give the green light for their accession to NATO, with the Secretary General of the Alliance, Jens Stoltenberg, taking on the role of mediator.

Proposal for a "divorce" between Turkey and NATO

In this climate, and against the background of the blackmail of the Erdogan government, the voices proposing a "divorce" between NATO and Turkey are becoming more vocal, as the differences between them are considered un-bridgeable.

"Is Turkey today really the Turkey that NATO attracted as a partner 70 years ago?" asks Elizabeth Shackelford, a former US diplomat.

Overcoming Turkey's shortcomings after World War II, when the alliance was formed to stop the expansion of the Soviet Union, was easy to do, says Elizabeth Shackelford. "(Turkey) seemed to be moving steadily in a westerly direction and embracing liberal, democratic values."

However, the following decades were marked by unrest. With the election of Recep Tayyip Erdogan and the Justice and Development Party (AKP) in 2002, the West believed that would change. "But the commitment to democracy was not yet real and Turkey took a hard turn towards authoritarian rule."

According to the former diplomat, the "anti-democratic character" of Turkey has a direct impact on the image of NATO and undermines the security of the alliance.

The Turkish president is straddling a fence in his relations with Russia and NATO, and the Turkish purchase of Russian S-400 missile defense systems could "jeopardize classified information on NATO weapons systems."

Finland and Sweden, whose demands for NATO membership after the Russian invasion of Ukraine are currently hampered by Turkey, "have capable, professional armies, but they also share (NATO) values, such as Democracy " she pointed out, suggesting that the alliance does not need Turkey.

Turkey's ouster came after the Turkish government's opponents were severely repressed after a failed coup attempt in 2016 and a second time after Turkey's 2019 invasion of northern Syria. "But since NATO has no mechanism to suspend or expel an ally, the path to exit is unclear."

According to her, the remaining 29 NATO members could withdraw their commitment to Article 5 of collective defense from Turkey, "substantially suspending its participation and any assistance it receives from NATO", but this would require a clearer assessment, regarding the demands of Turkey and the dangers they pose.

Shackelford called for a compromise and said NATO would have to decide whether Turkey "deserves a formal defense commitment". If NATO can not trust Turkey, it will have to "consider its options." "(NATO) can be better (without Turkey) in the long run."