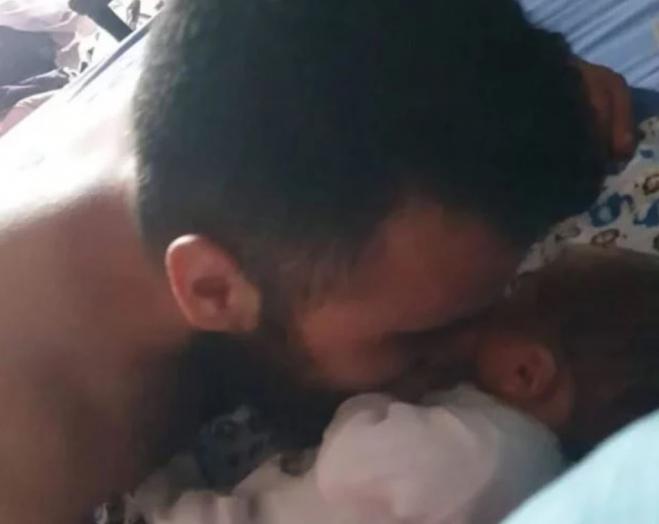 The brutal murder took place in Argoulios, Mylopotamos, a small village of only 50 inhabitants.

It was a day of celebration for the small mountain village and nothing on Sunday morning foreshadowed the tragedy that would follow.

The 44-year-old perpetrator shot the 22-year-old in the back for a few acres of land.

The victim and the perpetrator were neighbors, since according to information their houses are next to each other.

Information states that initially the victim and the perpetrator met in some part of the village and had a heated argument.

The 44-year-old left, but later returned and located the 22-year-old outside his sister's house, whom he shot 4 times in the back and killed.

According to local media, the members of the two families have often had trouble even in the recent past for disputes that separated them and which are being investigated if they were only real estate.

The 22-year-old's newborn son was baptize

On Monday morning and in an extremely "heavy" atmosphere, according to the local custom according to which no funerals are held if there is an unbaptized member in the family, the newborn son of the 22-year-old was baptized. The 22-year-old had become a father about a month ago.

Angry widow of 22-year-old who fell dead from gunshots

Some of the relatives of the victim in Crete can not believe what happened. They all express their indignation and wait for justice to be done.

A few hours after the murder that plunged her family into mourning, the 22-year-old widow, with a heartbreaking message, said goodbye to her husband on social media:

"You left us early, my husband, what can I say to our child, my Kostis, the accursed have killed you", was the widow's message.

The widow of the 22-year-old victim in Mylopotamos, Crete, proceeded to a second post about the loss of the young man. Specifically, she wrote:

"You left and you were not at all able to rejoice with your child that you said you would be by his side, you did everything for him, you were the best father in the world, what can I say to your child who is waiting for you to hug him and put him to sleep like every night… to watch over him so well, better than me my heart. Where are you now we both ask why you left us my soul, we did not manage to rejoice in anything neither our marriage nor our child. How I love you my heart and we will never forget you. You will always live in our hearts! "

The 44-year-old killer of the 22-year-old in Mylopotamos, Crete, surrendered on Monday morning and will make a deposition to the Authorities at 6 in the afternoon.

Specifically, the 44-year-old who is responsible for the murder of the 22-year-old came with his lawyer to the Rethymnon Security Sub-Directorate and confessed to his act, while at the same time he handed over the weapon with which he killed the unfortunate 22-year-old outside his sister's house, in his area. Mylopotamos, in Crete.