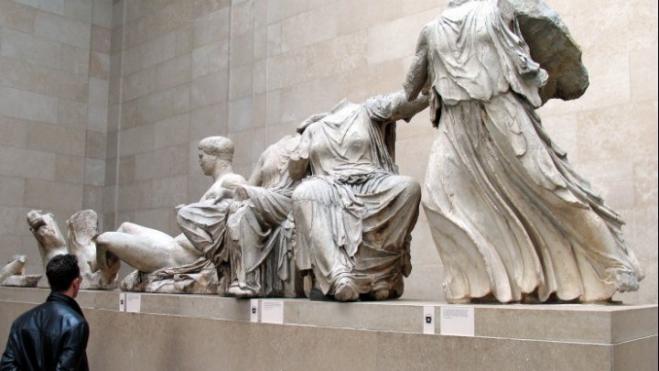 The Parthenon scupltures Greece is demanding back from Britain could be shared by the two countries, British Museum Chairman George Osborne told LBC, a digital news service registered in the UK, on Wednesday.

The set of sculptures, a major part of the 5th-century Parthenon's decoration, have been a source of friction between Greek governments and the Museum, where they are shown, and Osborne's statements to LBC were the first to hint at an opening to a compromise. As he told LBC, he would support an arrangement where the pieces were shared between London and Athens.

Calling them "an amazing testament to human civilization," the museum official was asked whether that meant you could "move some of them to Greece at last for a while, and then back to London." Osborne responded, "That kind of arrangement. Sensible people should come up with something where you can see them in their splendour in Athens, and see them among the splendours of other civilisations in London".

However, agreeing to such terms would legitimize British Museum claims that the sculptures are its ownership, something which Athens does not want to agree upon.