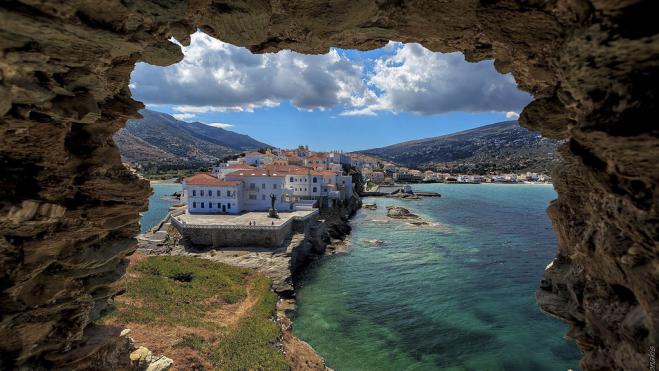 Andros, which is among the best, up-and-coming global destinations, received an important distinction in a list recently published in British newspaper Evening Standard.

It is estimated according to the article seven up-and-coming destinations from all over the world can star in the plans of travelers for the coming years displacing more traditional – for tourists – venues. As the article says “Forget Hydra… try Andros”, because it is an authentic and quality destination of the Cyclades with unique architecture and enchanting nature that captivates its visitors. The list also includes Portopalo in Sicily, Marseille, Todos Santos in Mexico, Essaouira in Morocco, Reykjavik, and Seville.

Andros “is home to healing springs, waterfalls, marble pavements... What Andros lacks in size, it makes up for in status. It was the preferred haunt of 20th century shipping magnates,” the article notes

"Safety, nature, quality, authenticity, history, activities, local cuisine and exotic beaches create a mix of ingredients that we highlight as a municipality through promotional actions in Greece, Europe, America and Israel with the support of the local business network CTN Andros", says the Deputy Mayor of Tourism, Nikos Moustakas.

Thus the new campaign of the municipality of Andros for the promotion in Attica started with the slogan "Andros… If you want to escape!" the campaign will unfold for 14 days through 31 illuminated frames in 17 stations of the Athens Metro. At the same time, Andros will be shown for a month with large images on the "backs" of two buses that run routes traversing the greater Athens area.