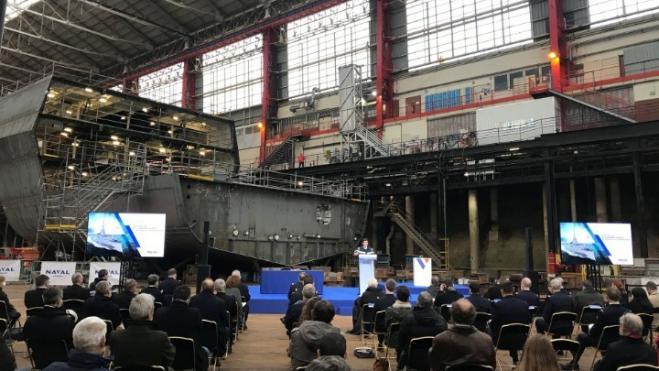 France's Naval Group, responsible for building the three FDI frigates ordered by the Hellenic Navy, signed several agreements and collaborations on Thursday with their industrial partners in Greece, at the French embassy in Athens.

The agreements are within the framework of Greek industries' participation in the frigate program, while Naval Group hopes to build long-term collaborations with them for support to the Greek navy.

A total of four agreements were signed in the presence of French Ambassador to Greece Patrick Maisonnave by Naval Group: with EMMIS for transformers, with MEVACO for mechanical equipment, with STELMA for painting, and with VIKING HELLAS for rigid hull inflatable boats (RHIBs). Naval Group also signed agreements with companies AKMON, INTRACOM, MILTECH, PRISMA and SCYTALYS for exclusive talks related to FDI frigates.