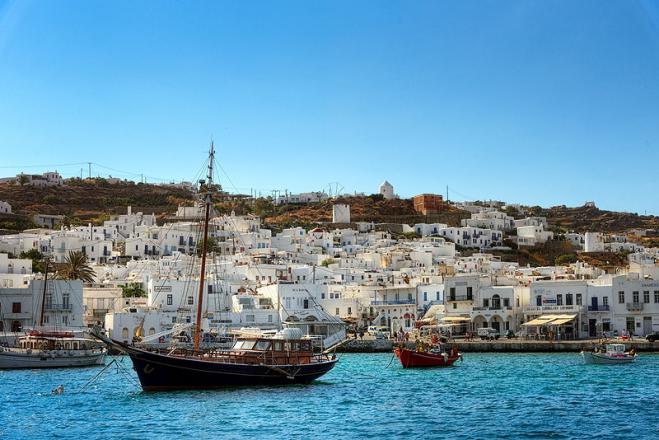 Neither the pandemic nor the war nor the energy crisis nor inflation managed to thwart the market for luxury holiday homes in the Cyclades with demand, prices and returns having become exorbitant.

At the same time, Mykonos, Santorini and Paros have now created a new, extremely expensive category, which is completely different from the rest of the Aegean islands, but also from the islands of the Ionian.

The difference recorded in the median asking prices between luxury and standard homes has soared, while there is a further rise for already outrageously priced villas, which for Mykonos reaches 17% compared to 2019, the last year of normality.

Thus, in Mykonos a luxury residence can cost up to 5.4 times more than a typical Greek summer residence, in Santorini 5.5 times, in Paros 3.9 times, in Serifos 2.3 times and in Kea 2.8 times.

Niche market for the really well-heeled

The luxury housing market is estimated to have a share of approximately 10% – 15% of the total pie and is mainly aimed at buyers outside Greece who, looking for special properties, are willing to pay significant amounts.

It is a fact, moreover, that the possibilities of buying and renting an average residence by workers or civil servants have shrunk.

The majority of buyers in Mykonos and Santorini come from abroad, while a very small part concerns the acquisition of a golden visa.

After all, the inability to access cheap bank financing and the increase in taxation, combined with the shrinking of disposable income and the uncertainty about the immediate future, continue to classify the acquisition of such holiday properties as an option not for the majority of Greeks.

It is also characteristic that the first signs of new developments that appeared in the 2017-2018 period in the South Aegean region have intensified this year as well.

According to the Price Observatory of Geoaxis, in median prices, Mykonos, as expected, holds the lead, at 12,967 euros per square meter, while Santorini follows with 10,800 euros/sq.m. and Paros with 7,778 euros/sq.m.

In Kea the median price of a luxury residence reaches 5,309 euros and in Serifos 3,262 euros per square meter.