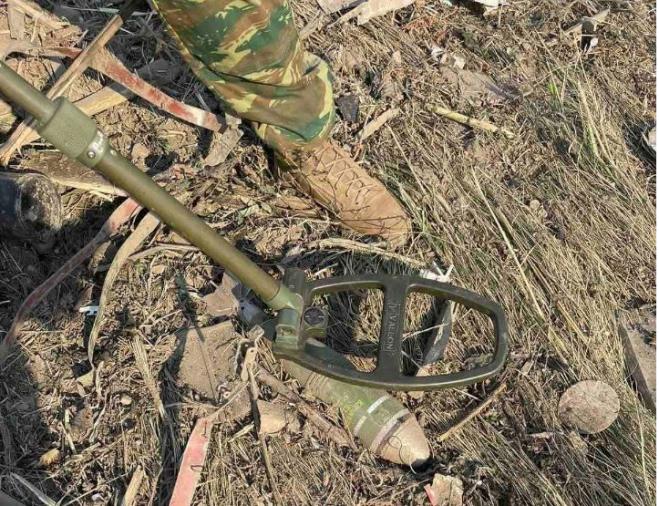 The first and most tragic chapter of the Antonov plane crash in Kavala has now closed and, now, interest turns to the questions that have arisen from the incident.

On Sunday evening, the Hellenic Armed Forces General Staff announced that during the operations, all eight bodies of the passengers of the aircraft that crashed between the settlements of Antifilippi and Paleochori were located and recovered, and then transferred to Komotini General Hospital . The eight crew members were of Ukrainian origin.

The second phase of the operation

During the second phase of the operation, specialized Greek army personnel and 30 firefighters participated in creating safe passageways and transporting bodies to a decontamination area.

The official announcements state that all Civil Protection forces as well as police forces, the local government and the EKAV ambulance service contributed to the search for the identification and retrieval of the bodies with the help of a helicopter of the search and rescue coordination center.

According to estimates, one of the black boxes was found during the search operation.

Also on Sunday evening, Serbian media released more details about the condition of the fatal Antonov. It was an aircraft over 50 years old, and this was the third incident involving an Antonov in just one month

Traffickers who buy ammunition from one country and then sell it to another hire private transport companies with such cheap, old planes to maximize profit.

Mladen Bogdanovic, director of the Serbian company Valir, owner of the fatal aircraft, claimed that the company bears no responsibility for the crash except morally.

"Our responsibility was to transport the cargo to Nice airport. I'm sorry for what happened and I'm sorry for the losses," he said, among other things.

In the meantime, the mystery with the "sensitive material" carried by the fatal plane and whether it is dangerous for the residents of the area is unfolding.

As far as the second part is concerned, although no dangerous substances were found after the investigations at the crash site, the authorities blocked off several areas as wreckage of the Antonov and ammunition are scattered over a long distance.

In fact, as shown by the investigations of pyrotechnicians and Army minelayers who are at the crash site, the fatal Antonov was full of mortar rounds. The experts speak of training and illumination missiles of 62 and 82 millimeters, which the aircraft carried.

Speaking to MEGA television's main bulletin, Konstantinos Houvardas, head of the Civil Protection Directorate of Eastern Macedonia and Thrace, noted that after the army's investigation, no toxic substances have been found at the crash site. "Soil samples have been taken to analyze the chemical properties. These will go to the State General Chemistry and in the next few days we will have the results. From then on, the services of the Region will take samples from the water, the ground and the air to ensure that there is no risk to the health of the residents".

According to Mr. Houvardas, the area will remain blockaded for some time, "as all the samples that have been found must be cleared. The priority is for power management crews to be able to enter the areas in order to restore the power supply".

It is recalled that the aircraft had taken off from the airport "Constantine the Great" in the city of Nis, in southern Serbia, and, according to the Serbian Minister of Defense, was destined for Dhaka, Bangladesh, with intermediate stops in Amman (Jordan) and Riyadh (Saudi Arabia).

As far as the first part is concerned, i.e. that of the "sensitive material" carried by the plane, according to the information of the Serbian authorities, it carried the following ammunition, which constituted legal cargo:

However, until the case is fully clarified, there is no shortage of rumor that this is a case of arms smuggling. The possibility of the 12-ton ammunition coming from Western aid to Ukraine is not ruled out.

It is worth noting that there is no control mechanism for the fate of the weapons sent by the West to Ukraine, either directly to the country itself or through neighboring third countries.

For this reason, the EU has recently stepped up its cooperation with Moldova to help it control its border with Ukraine to prevent the risk of arms smuggling from the warring country.

All will be clarified through the formal procedures set out by the international security procedures and rules governing transnational arms and ammunition sales agreements.

Whether the Antonov was indeed carrying training munitions can be determined from the findings in the wreckage. Each weapon is marked and therefore its identity can be established even after its use - explosion.

It is worth noting that, according to information cited by ANT1, the Greek authorities had not been informed about the cargo carried by the Antonov and this because Serbia, where the route started and where the company that chartered it is based, should have to inform its embassy in Athens that the specific aircraft was carrying "sensitive" cargo.

Thus, the evidence shows that Belgrade did not follow due process.