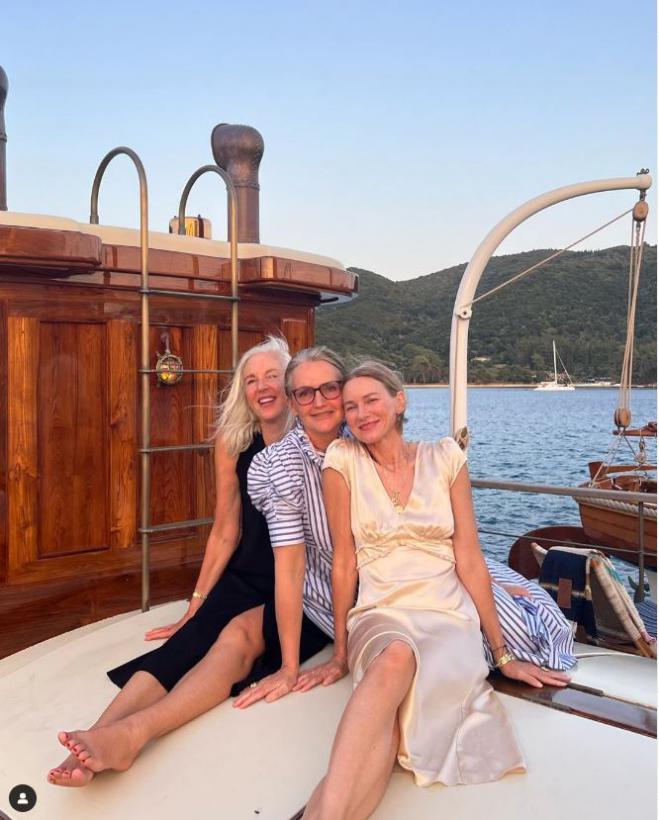 Naomi Watts spent the summer holidays in Greece confirming for another year her love for Greece.

The great actress was in our country in the last few days in order to spend some carefree moments. In fact, Naomi Watts had informed her followers on Instagram about her presence in Greece. 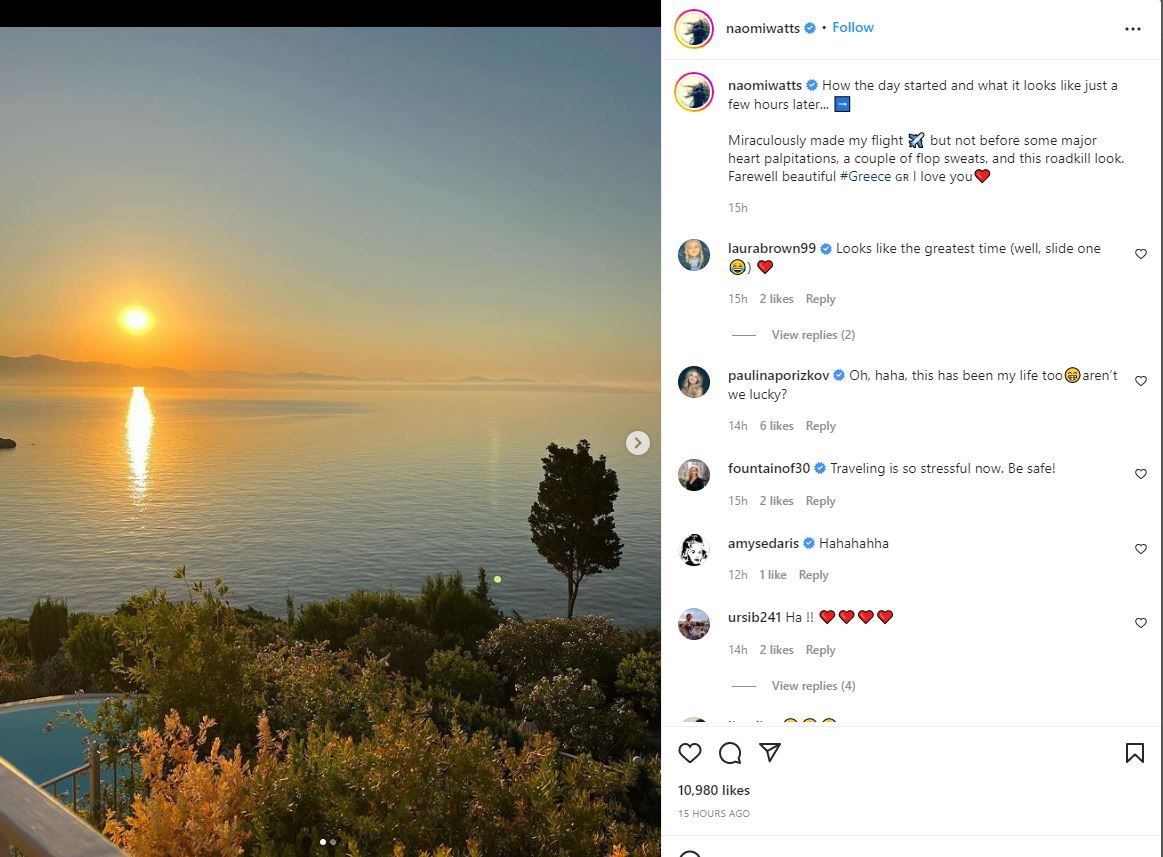 The leading lady posted an image of the sunset on the island of Paxos and at the same time announced that she left Greece. In her message she did not fail to express her love for Greece.

"How the day started and how it looked two hours later... Goodbye Greece! I love you," wrote the Hollywood star.

A love for Greece not hidden
The news that the actress was in the country will not be a surprise as it is not the first time she has visited Greece.

In particular, in 2018 she was in Santorini for her holidays. She then proceeded to a series of posts that showed her love for the island's alleys.

Naomi Watts has more than 1.5 million followers on Instagram, and in her career she has starred in great films such as Birdman and Mulholland Dr.