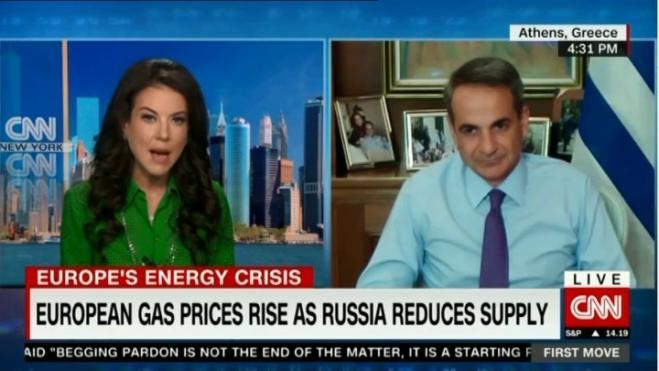 The government will continue to support households and businesses for as long as necessary in terms of electricity bills, Greek Prime Minister Kyriakos Mitsotakis told CNN in an interview on Thursday, as the Greek economy is doing well.

He added however that the European Union must act on the energy crisis before the coming winter, to show solidarity and to be effective.

The Greek PM also spoke of great challenges from Turkey's leadership, which would be better off focusing on its country's economy, while he also referred to upcoming national elections next year, expressing the hope that Greek citizens would give his government an opportunity to rule for another four years.