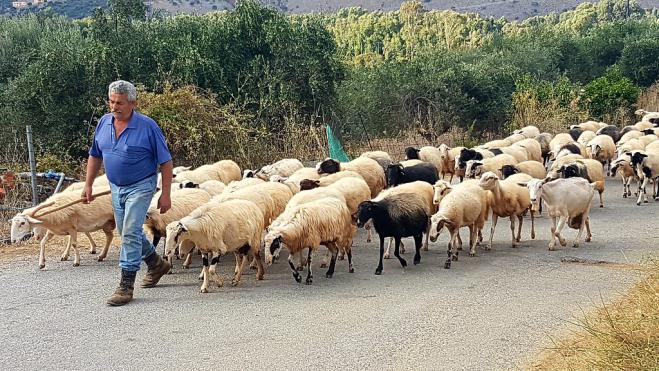 Livestock breeders in the Regional Units of Western Greece (Achaia, Ilia and Aitoloakarnania) express concern over the daily raids of carnivorous animals on livestock.

In particular, very significant losses of livestock (goats, sheep, but also cattle) due to depredation by wild animals (mainly wolves, but also jackals) have been reported lately. In fact, during the summer, the phenomenon is more intense, as breeders move to summer mountain pastures, in order to take advantage of the natural flora to feed their animals.

After a meeting in Kakotari, the Deputy Regional Governor for Rural Development, Theodoros Vassilopoulos, with community presidents and livestock farmers from mountainous Ilia, sent a letter to the Ministry of Rural Development and the Hellenic Agricultural Compensation Organization (ELGA), requesting immediate measures.

"As it is obvious, during this period the animals are less protected against wild predators", the letter points out, while underlining the fact that according to the Livestock Insurance Regulation provision is made for insurance coverage when the inability to damage to livestock is less than half an insurance unit, defined as 4 animals (goats and sheep over one year old). This limitation does not apply to the damage caused to sheep and goats by wolves and bears which are protected species , in which case the limit is set at an insurance value of the damaged animals greater than 200 euros (practically 2 adult goats and sheep).

The problem is now particularly acute in all the Regional Units of Western Greece (Achaia, Ilia and Aitoloakarnania) and causes great damage to livestock farmers, especially in mountainous and semi-mountainous areas, who - as pointed out - can within a year have losses of over 15 adult animals, without ever being compensated. "As you can understand, it is very difficult for a farmer in the particularly difficult economic situation to cover such loss from own resources," it is noted.

At the same time, it is noted that it is difficult to explain on the basis of common sense the distinction between the compensation of animals that have been killed by protected species and those that have been killed by non-protected species, while in several cases, there is the issue of not finding the remains of the carcasses due to their depredation by wild boars.

Especially for the compensation due to depredations of livestock by wild animals, the total and not the daily damage should be taken into account.
Equalize compensation for losses from protected and non-wild carnivores.
To increase the compensation rate to 100% in order to indirectly cover the damage from the limited cases of not finding the animal carcass.