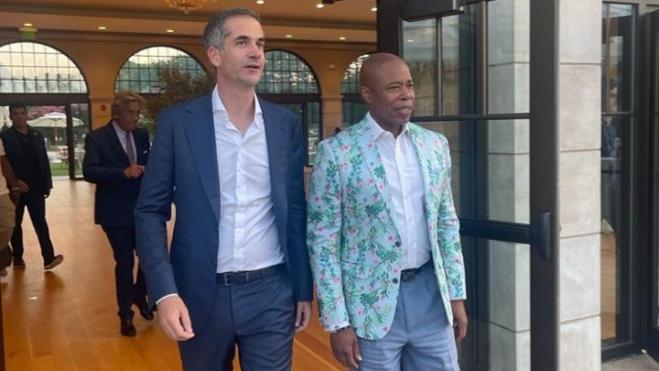 Athens Mayor Kostas Bakoyannis paid an official visit to New York at the weekend, where he had a meeting with New York Mayor Eric Adams.

The meeting focused on tourism and particularly the prospects of promoting Athens as a destination in the US market, with initiatives that will help attract even more US visitors to the Greek capital in the coming years.

Bakoyannis expressed his satisfaction with the spectacular increase in the numbers of American tourists in Athns this year, noting that many of these visitors come from New York. As he said, this was because the direct flights between the US and Athens are now more frequent than ever before but also because the Greek capital has significantly upgraded its tourism product, the quality of its services and the authentic experiences it offers to its visitors.

Bakoyannis invited his counterpart to visit Athens, an invitation that was warmly accepted by Adams.