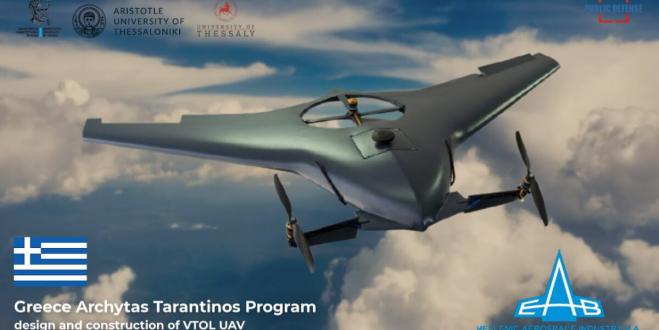 Around mid-October, experimental flights (with a scaled-down drone) will take place as part of the "Archytas" program, according to Finance Minister Christos Staikouras.

As Mr. Staikouras pointed out, the "Archytas" project, which concerns the design and industrial production of a multi-purpose unmanned aerial vehicle (drone), is progressing according to the program and based on the evaluation report of the authorities.

On the occasion of the completion of one year since the start of the implementation of the program, the Minister of Finance emphasized that the experimental flights (with a scaled drone) will take place around the middle of October, while, at the same time, the supply and control of the components continues. While the small delays observed are due to the disruptions that have been caused to supply chains worldwide.

Based on the planning, the construction of the actual prototype is expected to begin towards the end of 2022, while Hellenic Aerospace Industry is structuring the production line and setting up the sales promotion department.

"With the completion of the first year, I consider it my duty to congratulate and thank those who have been involved in this national effort on behalf of the Ministry of Finance, my special partners, the Hellenic Aerospace Industry, the Aristotle University of Thessaloniki, the Democritus University of Thrace and University of Thessaly for their efforts and consistency. "Greece, with the cooperation of its wider public sector, proves that it wants and can enter the global market of high-tech products in an organized and active manner," added the Minister of Finance.