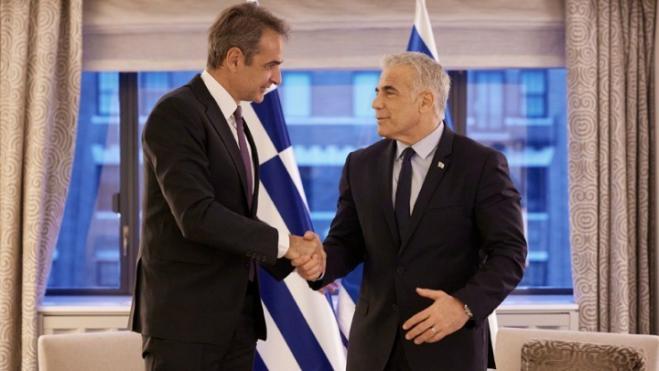 According to government sources on Wednesday, the meeting took place in a warm climate that reflects the strategic relationship between the two countries.

The two leaders had the opportunity to exchange views on bilateral political, defence and economic relations, the course of trilateral cooperation schemes and developments in the Eastern Mediterranean.

Cooperation issues were discussed at both the bilateral and trilateral levels (the Greece-Cyprus-Israel cooperation scheme), with an emphasis on energy cooperation.

The prime minister informed his Israeli counterpart about the extreme aggressive rhetoric of the Turkish political leadership and its unacceptable claims that challenge Greek sovereignty, underlining that they undermine stability and security in the Eastern Mediterranean.

The two sides agreed to continue efforts to develop Greek-Israeli relations for the benefit of the two peoples, working in parallel to consolidate a spirit of cooperation that will strengthen security and stability in the wider region.