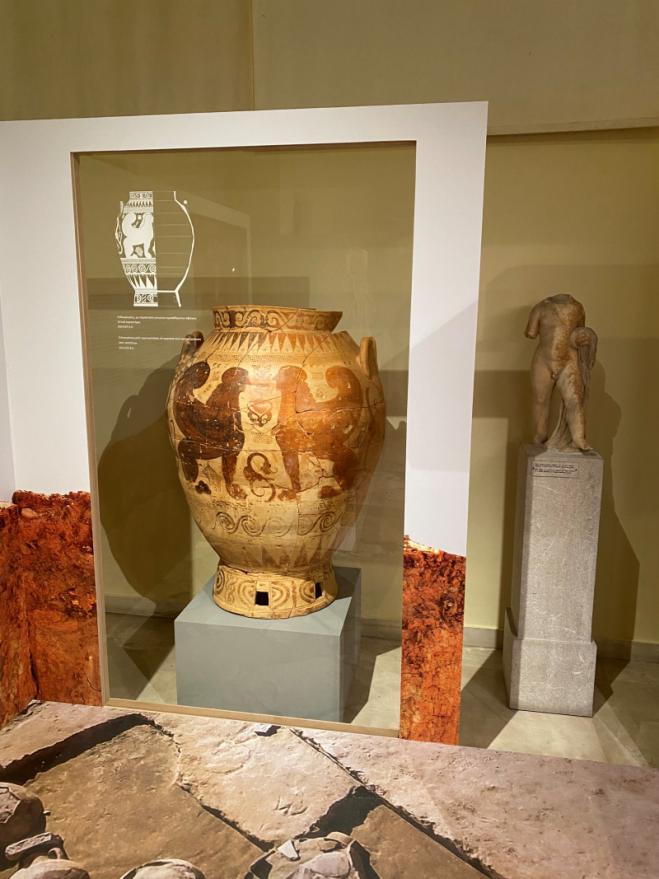 An exhibit showcasing some of the most important findings from the salvage excavation in the Delta of Faliron Bay, south of Athens, opened at the Archaeological Museum of Piraeus this weekend.

The salvage excavation on the site where the Stavros Niarchos Foundation Cultural Center was to be built,, which ran between 2012 and 2016, revealed an extensive cemetery of 1,500 ancient Greek skeletons dating between the 8th and 5th centuries BC. It also revealed an extraordinary mass grave of 80 skeletons, 36 of which were in shackles.

"Falirothen (Coming from Faliron): Between two worlds" was inaugurated by Culture Minister Lina Mendoni on Friday, in the presence of Piraeus Mayor Yiannis Moralis.
It will run to December 31, and is part of events for the European Days of Cultural Heritage.

It is presented in four units, with the first two explaining funerary practices in Attica during the Early and Late Archaic periods. The third one focuses on Early Attic pottery, and the fourth one presents three burials analysed through bioarchaeology, presenting the identity of the dead and parts of their life histories.