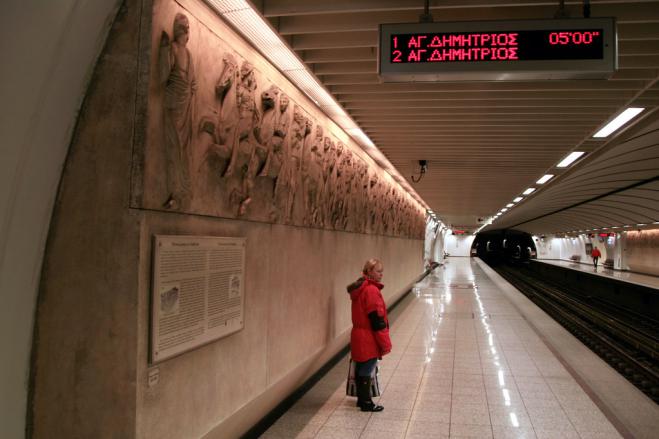 Metro line 3 trains will arrive at the “Municipal Theater” station of Piraeus this morning, while the routes to “Eleftherios Venizelos” airport will now run every 36 minutes!

The countdown to the commercial operation of the metro extension in Piraeus has already begun, with the service of the passenger public through Maniatika, Piraeus and Municipal Theater stations set for the first days of October.

From today until the beginning of next month, all passengers will disembark at Nikaia station, while trains will continue empty to the Municipal Theater terminal, as part of the final tests of the new network.

With these tests, the certification of the signaling systems is completed, while all types of trains (47 in total) that the Athenian metro currently has have been “tested”.

It is recalled that with the start of the commercial operation of the extension to Piraeus, Maniatika, Piraeus and Municipal Theater stations will operate normally.

What worries the rail transport authority – STASY administration is the lack of trains, mainly for the routes to the airport. These are wires that have an additional special pantograph so they can also be supplied with electricity from the overhead supply network of the suburban railway that operates in the Dukisis Placentia – Airport section. Today, there are only 7 such trains, while the remaining 40 have a power supply system only from the electrical network installed parallel to the tracks.

Due to the increase in the length of line 3 of the metro, with the addition of the Piraeus stations, but also the lack of at least 2 trains with the possibility of double feeding, the routes to the airport that until now were run every 30 minutes, from today, with the operation of the extension to Piraeus will run every 36 minutes.