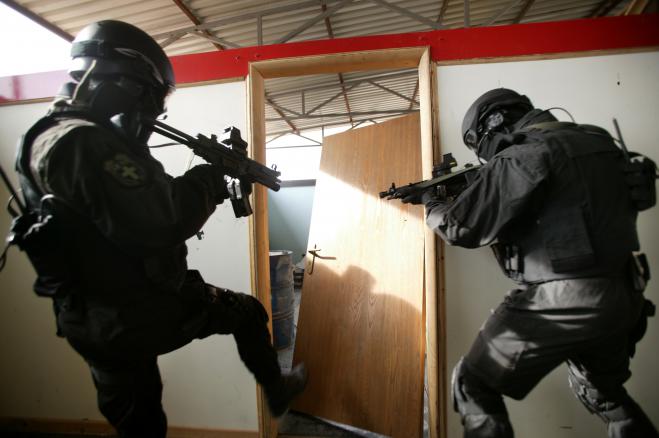 A 30-year-old man wanted on four outstanding criminal warrants was injured by a policewoman at the University of Athens’ oldest and largest dormitory on Tuesday in the Zografou district, after he allegedly tried to attack her with a screwdriver and was shot in the process.

The suspect, identified as an Albanian national, was wanted on charges related to drug trafficking, weapons possession and armed robbery.

The incident took place during a police raid at dawn at the high-rise dormitory.

Authorities are investigating whether the suspect took advantage of the singular asylum status, granted to higher education institutions in the country, in order to hide out and reside in the building, possibly with his mother.

Among the other nine suspects arrested at the site, all non-students, was one young woman identified as a police cadet.