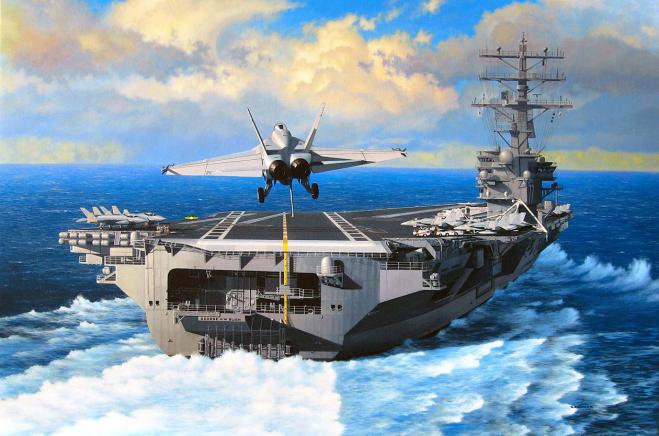 The ship is expected to remain in Chania until October 10.

A "city afloat"
The "George Bush" is a Nimitz class aircraft carrier and was built in 2009. It is almost 333 meters long and has a displacement of 100,000 tons. It is a "floating city", as noted by Zarpanews.gr, as its crew is 3,500 sailors and an additional 2,500 personnel to support the aircraft it carries, as it has the ability to host 85 fighter fighters, electronic warfare aircraft, flying early warning aircraft as well and helicopters. It can reach speeds of up to 30 knots, thanks to its two nuclear reactors, and has the ability to operate continuously for 20 years without refueling, according to Zarpanews.

The US aircraft carrier had also docked in Souda in February 2017.