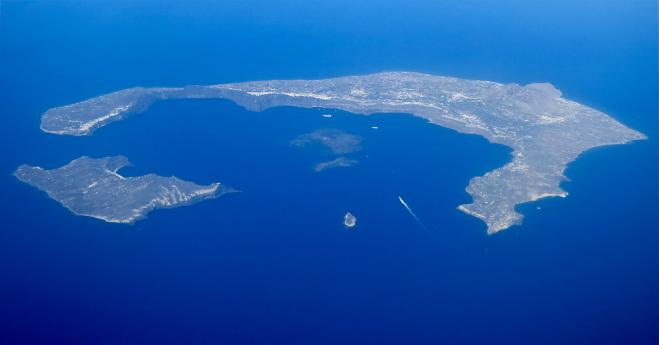 The US research vessel 'JOIDES Resolution' will carry out drilling in the sea area of Santorini from mid December 2022 until mid February 2023.

The aim of the drilling is the reconstruction of the geological history of the volcanic complex of Christiani, Santorini and Kolumbo by collecting sediment cores from the volcanic layers of the seabed.

The mission is part of the International Ocean Discovery Program-IODP.

As part of this research process, an interactive scientific exhibition entitled "Searching for the secrets of the Earth" will be held at the Bellonio Cultural Center in Fira, Santorini, from October 17 to 23. The opening of the exhibition will be held on October 16 by the mayor of Santorini and will be followed by addresses by the scientific team of the mission. The aim of the exhibition is to inform the public about the aims of the IODP program, to virtually tour the research vessel and to understand the geological history of the Santorini volcanoes.

The general public will be able to follow the exhibition through social media, in the coming months, while they will be able to request an online meeting on the Zoom platform when the ship is in Santorini, during which the scientists will guide them on board.