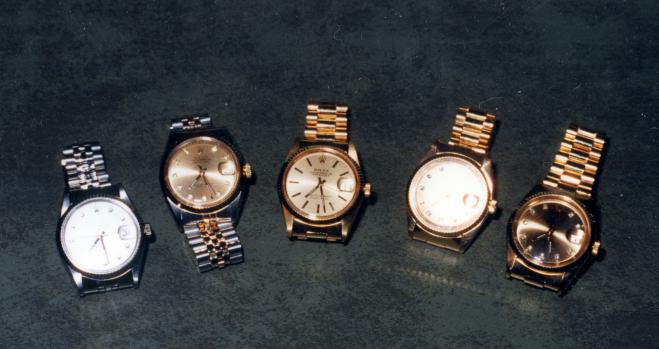 Although inflation is making life harder for most people, the sales of famous luxury goods firms are proving even more resilient than those of the food industry.

Luxury customers remain true to their expensive tastes, willingly paying for high-quality shoes, clothing, jewelry, watches, perfumes and cosmetics, despite rising prices, with the global luxury market expected to rise from €388 billion in 2022 to 494 billion euros in 2026, according to research by Boston Consulting Group and Comité Colbert.

The rebound of luxury after the shock of the pandemic and the faster march towards new fields of glory is also reflected in the performance of the Greek subsidiaries of the leading fashion and cosmetics houses.

With the contribution of tourism (and not only) Louis Vuitton, Hermes, Rolex, Dior, Prada and Swatch, as well as the jewelry house Lalaounis, but also Kalogirou which maintains stores of well-known brands, such as Tod's, Burberry, DKNY, Ferragamo, Philipp Plein et al., either surpassed their pre-covid performance or "ironed out" most of the losses.

The "golden" performances of Hermes Greece

At the same time, there was a three-digit increase in the results after taxes, which amounted to profits of 1.9 million euros compared to 434.8 thousand euros of the previous year, (+340.16%).

If the goal of the management, led by Riccardo Mascambruno, to increase the turnover of Parfums Christian Dior Hellas by 6% in 2022 is achieved, the subsidiary of the French cosmetics house will approach the figures it had in 2019.

In 2021 in the customer mix, domestic customers contributed to 55% of total sales, while international tourism is now mainly represented by Europeans, Americans and Arabs, as Asians were still absent.

The luxury brand gives a voice to the Greek market and in terms of investment. In June 2021, the company bought the building where the store has been located since its opening day in 2008, at 17 Bucharest. The price was 19 million euros.

In fact, for this year he expects a further increase of 15% with the availability of watch models, any pandemic restrictions, the effects on shopping costs as well as tourist traffic being the factors that will determine the developments.

The share of Rolex, the exclusive importer of Rolex and Tudor watches in the domestic market, exceeded 50% during 2021.

Although it did not "catch" the performance of 2019, Louis Vuitton Hellas from the store in Bucharest in Kolonaki as well as from the two seasonal ones in Mykonos, one in Chora and the other in Nammos Village, had sales in 2021 of 25.6 million euros, from 13.37 million euros in 2020. In 2019, the turnover of the subsidiary of the world's largest fashion and spirits company, Moet Henessy Louis Vuitton, had risen to 35.6 million euros.

However, for 2022, Louis Vuitton expects in Greece that it will be the year of a return to normality and the economic figures before the pandemic.

The Ilias LALAoUNIS brand returned to profitability after the difficult 2020, while the company's projected course in the current year (as shown by the data of the first half) is expected to be positive by 84% compared to 2021.

In 2021 the turnover (net) of ILIAS LALAOUNIS GREEK GOLD ABEE amounted to 4.51 million euros compared to 2.21 million of the previous year, increased by 103.77%. The result for the period after taxes amounted to a profit of 1.02 million euros from a loss of 668 thousand euros in 2020.

Return to profitability for Kalogirou

The turnover of footwear and leather goods company Kalogirou, a subsidiary of the Fais group, moved close to the figures of 2019.