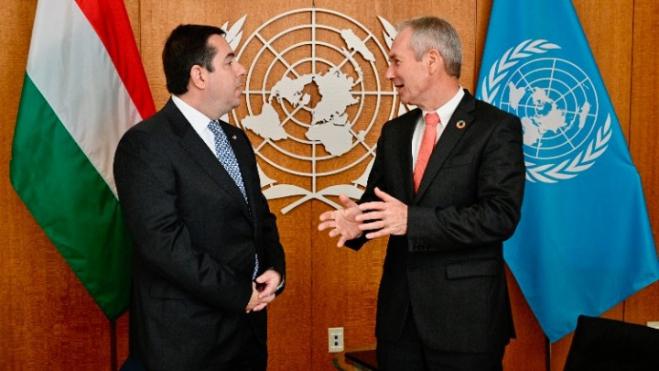 Mitarachi underlined the need for a coordinated humanitarian action aimed at addressing the root causes of migration, and he also said that cracking down on smuggling rings must be pursued as an urgent matter.

The Greek minister also emphasized that Turkey must protect its own borders and provide international protection where necessary, according to International Law. In particular, he said, "it must avoid incidents such as the recent one with the 92 migrants, who were found naked by Frontex and Greek authorities, expelled by the neighboring authorities."

Greece "does not accept attempts to instrumentalize the migrants, as we saw in the recent general assembly by the Turkish president," he underlined.

The overall issue of migration outfluxes must be addressed though international cooperation, effective border protection, and by fighting human trafficking networks, said Mitarachi.