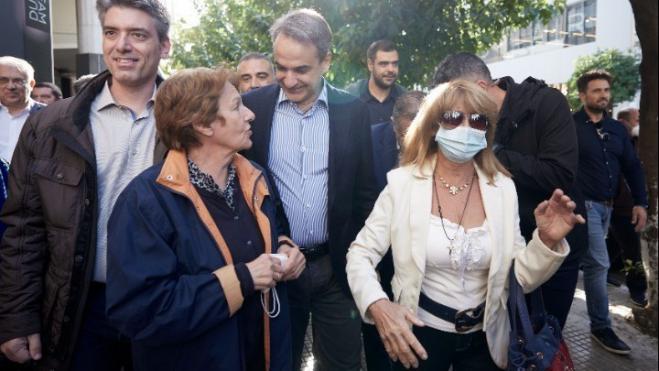 Greece is a lot stronger today than it was four years ago, Prime Minister Kyriakos Mitsotakis said on Saturday during a walkabout in Kallithea, the SW suburb of Athens.

Kallithea, he told store owners and residents, was the city he first visited when campaigning for a seat in Parliament in 2003.

"Greece today is developing at a much faster rate than many European economies. This means that we can create a surplus that we can give back to society through targeted support measures," Mitsotakis said, linking his visit to the campaign for national elections in 2023.

Referring to the main opposition party, he said that "those who resort to partisan politics and populism, to extremisms and to conspiracy theories, are generally those who have nothing to offer to citizens for their real issues." The key question in elections is "will we keep moving ahead and doing well, or will we return to a past we have forgotten?"

Kallithea Mayro Dimitris Karnavos said, "We are particularly happy and proud that under your government the construction of the Athens metro (extension) to Kallithea was announced, a project we asked you for and you set in motion."

Earlier, the prime minister had paid a visit to the city's police station, which houses one of 18 national Operational Offices dealing with domestic violence.