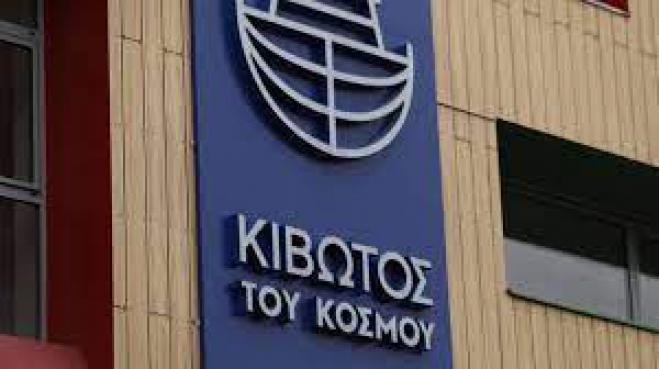 New complaints about "suspicious" legacies that ended up in the "Ark of the World" are coming to light, while the authorities' control of the organization's finances continues unabated.

In recent years, the files of the legacies willed posthumously to Father Antonio's organization have come under the scrutiny of the auditing authorities, while they are now also the concern of the judiciary following appeals by relatives of the deceased who report that the former administration allocated large properties in real estate and cash with illegals ways, essentially "trapping" dying elderly people.

According to Real News, the case of Australian expatriate Frances Pace is one of them. After what they saw in the public light, the relatives of the deceased decided to take legal action. "It all started after the revelation of what was happening in the 'Ark'. We thought that the donations were in the context of charity, but we have seen the opposite. That's why we decided to give a basis to the doubts we had from the beginning about our aunt's second will, which left her property to the "Ark of the World", while in the first will we were the beneficiaries of her relatives" says her nephew in the newspaper extinction.

As long as the woman was alive, according to her relatives, she had never expressed interest in the operation of the NGO, nor had she financially supported its work in the past. "We were never aware of any communication or donation from our aunt to the "Ark". And of course this was something we would have known, as she herself lived with us and due to her advanced age we served her in everything she needed," says Frances Pace's relative.

As has become known, the common belief of all the relatives is that there was a method. “At first we respected the aunt's decision and the second testament that appeared within a short time, considering it to be true. Now, however, and after all this we have decided to challenge the second will. We don't want to take action against the "Ark", against the property of the children, but against the individual property of father Antonios", emphasizes the nephew of the expatriate from Australia.

According to the same source, Frances Pace's first will was signed in March 2005, three years before her death at the age of 78, in a notary office in Attica, in the presence of three witnesses. She made her sister her sole heir and stipulated that any real or movable property or money she possessed at the time of her death would go to her. The will stated that the elderly woman had deposited sums of money in three banking institutions – one in Australia and two in Greece.

In fact, she noted that in the event that her sister did not accept her inheritance for any reason, then her property would go to her children in equal parts, "which are excellent and I love them very much", as she emphasized in her will.

However, a few months later, on 25/1/2006, with a handwritten note and without it being known to her relatives, the deceased left her property to the "Ark". In the note it was written that "with a clear mind and full consciousness of what I have done, I want: Whatever money is found after my death, the foundation will take it for the forgiveness of my soul and that of my husband." At the same time, in a postscript, she underlined that she wanted the "Ark" to sell her jewelry for the needs of the children.

It is noted that one of the cases that concern the Greek Justice is that of Maria Trumpidou, who died of cancer on 8/1/2021, only 52 years of age. Two months before her death, she drew up her will, in which she stated that she disinherited her daughter Dimitra Arabatzi, because she had beaten and treated her violently, and therefore left all her movable and immovable property (two houses, a car and a motorcycle ) to the "Ark of the World".

The 28-year-old nurse D. Arabatzi claims that "my mother signed the will without having any awareness and understanding of the allegations mentioned in it and certainly without her own initiative".

As the lawyer of the relatives in both cases, Anthoula Anasoglou, stated, the more the "Kivotos" case goes public, the more mouths will speak.

"More and more people are realizing that, unfortunately, they and their loved ones have fallen victim to a financial trap aimed at illegal gain and surrounded by the mask of charity and love. Comparing the two cases they seem conducted under the same modus operandi. An organized action of individuals is revealed, some of whom directed and organized their movements. They won the trust of sick old people, people who were close to death and persuaded them to transfer their immovable and movable assets to the "Ark", dispossessing not only their close relatives, but also their own children. Lawsuits and complaints have already started and it's time for Justice, says the well-known lawyer.