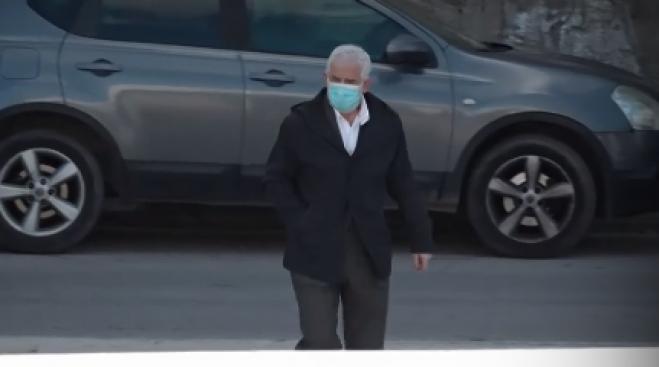 Petros Filippidis will be in the docket today before the Mixed Jury Court of Athens. Almost ten months after the start of his trial, the actor will this morning stand before three regular judges and four jurors to give his version of the charges for two attempted rapes and one act of rape that initially landed him in prison (since last summer he has been free with restrictive conditions for health reasons).

It is the first time that the actor Petros Filippidis will publicly be called to defend himself, but also to answer the questions that the members of the court will ask him based on all the statements and evidence that unfolded all the previous months in the Mixed Jury room of the Court of Athens.

The accused, as is known, from the first moment of his criminal involvement has denied that he committed the criminal acts attributed to him.

But the crucial thing is - as in all criminal trials - if with what he says he will manage to convince the judges and the jury, who in a few days will issue the long-awaited verdict for him, but also for the complainants who found the strength to break their silence and overcome the wall of their fear and appeal institutionally before justice.

I "blame" it on three women

In the months that preceded, the three women who denounced him restated their "accusation" and before the court, despite the fact that they knew from the beginning that the credibility of their statements in which they described in every detail what they experienced would be questioned.

The three female complainants, who are appearing in the ongoing trial in support of the charge, were examined both at the preliminary examination stage and at the main interrogation stage.

Petros Filippides, after his deposition to the interrogator, which had been made under absolute secrecy, had been deemed a temporary prisoner with the agreement of the judicial officer and the competent prosecutor.

This was followed by the issuance of a referral decree, which formed the basis of the criminal trial which is expected to conclude shortly with the announcement of the court's verdict.

Immediately after the conclusion of the deposition of Petros Filippidis, the proposal of the prosecutor will follow, who, after weighing and evaluating all the evidence and the deposition of the accused, will recommend to the court whether or not the actor is guilty of the three offenses that have brought him before justice.

This will be followed by the speeches of attorneys, representing the three women who have proceeded with the same number of complaints,  in support of the charge and then of the defendant's defense attorneys.

And immediately afterwards judges and jurors will retire to a conference fixing that day - it is estimated that this time is about the end of January - on which they will announce in open session their decision on which depends the guilt or not of the accused and his possible further criminal treatment.