Grammy Award winning music composer Yanni spoke to New Greek TV about his love of music, what inspires him and the homeland.

Grammy Award winning music composer Yanni Chrysomalis, known worldwide as Yanni, is one of the most loved artists around the world, who rose to popularity as part of the new age music boom of the 1980s and '90s.

His music has been inspiring the soul and senses of listeners for over 3 decades, and his dynamic and romantic televised performances moved the world. 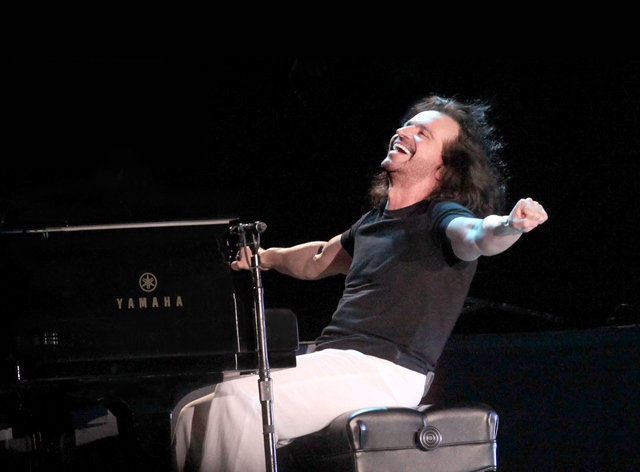 Yanni is hailed to have sparked the new age music genre and in 2011 he topped the Billboard new age chart with his release "Truth of Touch" going on to become the biggest-selling new age album of that year. Yanni recently collaborated with some of the biggest names in vocal classical music for his newest release "Inspirato", his music is coupled with the voices of Plácido Domingo, Renée Fleming, Russell Watson, Vittorio Grigolo, Rolando Villazón, and Katherine Jenkins.

Yanni was born on November 14, 1954 in the Greek city of Kalamata. He displayed a talent for music at the young age of six he was already playing piano. His parents encouraged their son to follow his own path and learn the instrument at his own pace and in his own way instead of enrolling him in music school.

He came to the States to study psychology at the University of Minnesota in 1972, however his talent and destiny continued his path in music. After obtaining his degree, Yanni joined a Minneapolis-based rock group called Chameleon, who toured regionally and cut several self-released albums. In 1980, he began striking out on his own, recording and releasing an album of his own material, Optimystique and the rest was history.

Yanni spoke to New Greek TV about his love of music, what inspires him and the homeland. 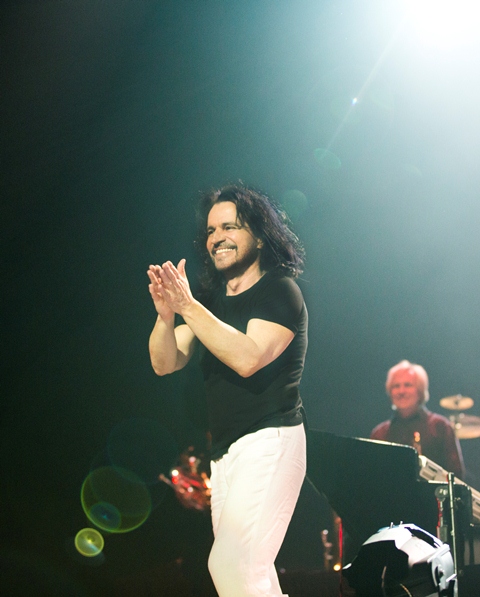 You just released your newest album this year, "Inspirato" which took you a few years to complete, tell us about the inspiration and production of this new album.

This album is about the loves of my life. It shares my loves for family, my home, my country and certainly romantic love.
We chose songs that I composed that would pair with each particular voice.

This album did take 4 years to complete. We worked with many of the most amazing voices in the world. All of the artists are superstars in the Operatic or Crossover world and they have incredibly busy schedules and we had to recording schedules that accommodated there We ended up recording this album all over the world in Florida, New York, Los Angeles, London, Berlin, Rome and Florence.

Although you are actually a member of the American music industry and started your career in America, you were born and raised in Greece. Have you used your "nostalgia" for Greece as an artistic "inspiration"? 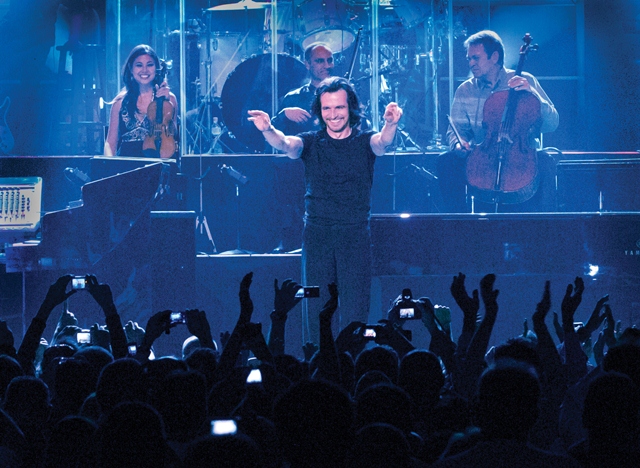 My Greek roots have certainly had a great influence on my music. Many of the cons that I have composed are about my time in Greece with my family and friends. The influence of my home will stay with me throughout my entire life, no matter where I may actually be residing at any particular time. My home will always be with me.

Have you been inspired by Greek artists? And, if yes, what influence have they had on you?

I have been greatly inspired by both music artists and probably more importantly by Greek philosophers. I have become very familiar with the teachings of Aristotle, Plato and Socrates and they have had a huge influence on how I compose and share my experiences through music.

How do you feel about the fact that you are credited for starting the New Age music genre? 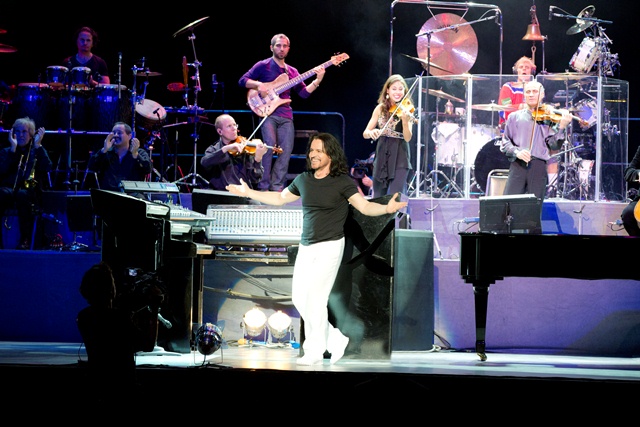 I have heard this many times but I have never really thought about it this way. I just write music that inspires me and I never tried to write music for any other purpose. I do not feel that labels are good for art or music. I understand how they are helpful in many aspects of life but to me being labeled any genre is not my goal.

Your music is regarded as "the music of senses", what would you say is the success of the depth of your music?

I write music that honestly reflects my soul. My music communicates feelings and emotions that are inside of me and I do my best to put them into music. If and when people have a connection with my music, that for me is a great reward for me. When I see how my music has affected people in many instances, it gives me more than I could ever give to others. That is success in music and life for me.

Going back to when you started as a musician, when you left Greece to study Psychology in the States, did you expect to have gotten involved in the music industry in such a big way?

I had no idea about what to expect in the USA. I came to the USA, committed to my education and was devoted during that time to school.

How did your collaboration with Chameleon come about, and did they have an influence on you? 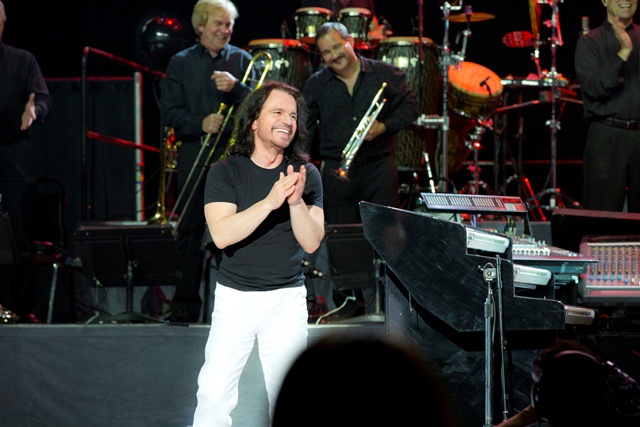 At that time in my life, I had produced music for Chameleon and I was looking to devote a year of my life to music and after that year, I would evaluate my life and make a decision to carry on with music or go back to school to further my education. Chameleon asked me to join the band and it gave me the opportunity to work and support myself totally focussed on music. Performing and writing music with Chameleon was the fuel that let me make the decision to commit my life to music as a profession.

In 1993 you had your unforgettable concert; "Yanni, Live at the Acropolis", what do you remember from that evening? Did you ever expect it would have been such a success?

I have numerous wonderful memories of the Acropolis concerts. Perhaps the one that is the most present for me was the feeling I had of performing for my parents for the first time in my life and being able to see them in the audience. We were shooting this for TV and the director made a decision to put a light on my parents, so in the sea of the dark audience I could see my parents shining throughout the entire concert. Another amazing memory is not only of the beauty of the Acropolis but also of the magnificent sound quality of a venue that is thousands of years old.
After we finished the concert we really had no idea what would happen. I was prepared to accept that I had just made a very expensive home video if this did not work the way it eventually did. To see the success and the reaction to the concert around the world was an incredibly rewarding experience.

From your experience, how does a musician combine sounds from many countries of the world? 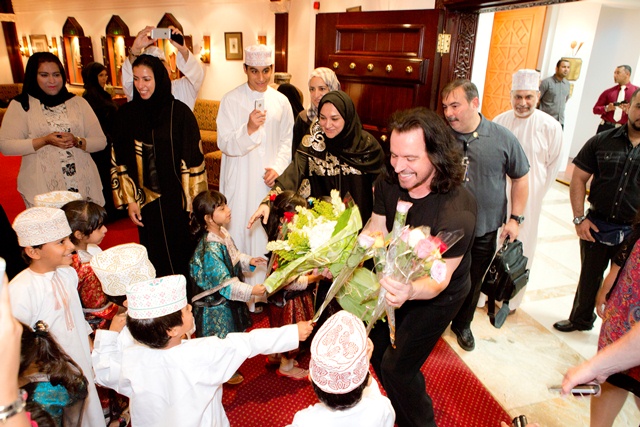 I have been fortunate to have travelled the world and performed in and come to know music and musicians from dozens of counties. When you have these experiences they become part of who you are and they make up your soul. So when you compose music, these experiences and this knowledge comes out in music, which for me is an honest reflection of my soul. For me it is impossible to travel and be influenced by music from around the world and not have it influence the music that i compose. I think any musician or composer would experience the same influences as I did.

Your music has such a synergy of many ethnic sounds from around the world. Which country do you feel has influenced you the most?

I think that growing up in Greece and listening to radio from around the world gave me the greatest influence. Being in Greece my parents exposed me to many of the great classical composers such as Mozart, Chopin, Bach and others at a young age and this has had a very early and significant influence on me.

After so many years living in the States, do you feel more American or Greek? 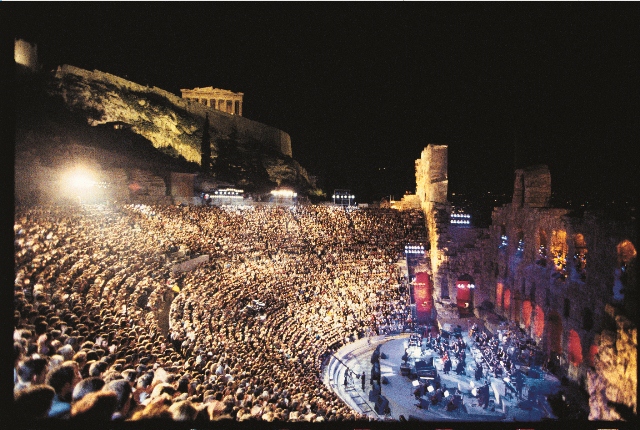 I feel that I am a part of both and both are inside me. I have my life immersed in both of the cultures and in fact I really don't identify myself with any particular country of region, I really feel like a citizen of the world.

Have you ever thought of moving back to Kalamata?

Well, I have never really left Kalamata. I still have a home there, I still have family and friends and I have come back home often and will always continue to do so. 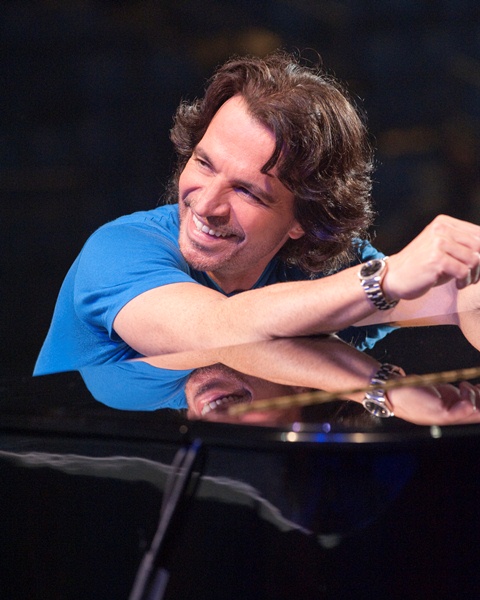 *A special thanks to Krystal Ann, who serves as the Public Relations Manager of Elev8 Entertainment, who made this interview possible.