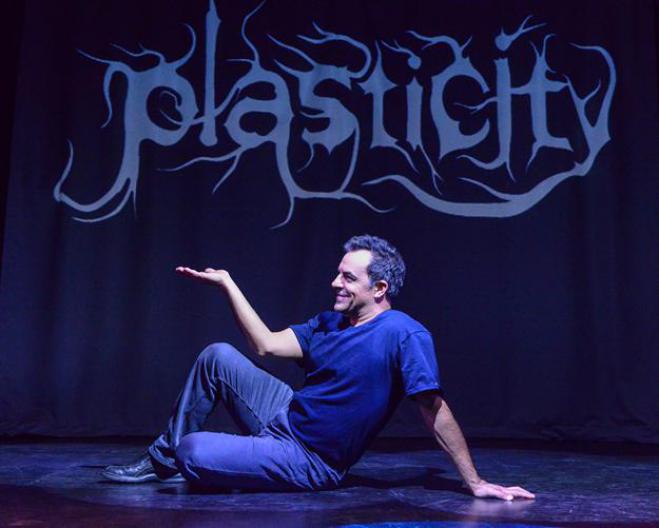 Plasticity, an innovative multimedia production, written by Alex Lyras and Robert McCaskill, played Off Broadway for a limited five-week engagement at the Greenwich House Theater. The play was inspired by actual events concerning a man’s miraculous recovery from lifeless coma to full-blown consciousness.

This past weekend on May 13-15th a sonic rumble was felt in NYC's famed West Village's Players Theatre. Labeled as "Byzantine Rock" by the press, "Porphyra, A Grecian Rock Opera. Anna and Vladimir: The love that ROCKED the world," blew all expectations on their three day Off Broadway run. As a little known production one year ago, Anna and Vladimir, became the first Greek themed Rock Opera to debut at the prestigious Carnegie Hall. Now re-inspired and revamped with fresh new talent the show that blended Hard Rock and Metal with Greek and exotic sounds send the audience on that distant trip again back to the year 988AD, to medieval Greece.

In the grand tradition of the "Big Sleep" and "Double Indemnity", comes this exciting new short play, with Greek actress Fiona Georgiadi in the leading role of The Dame.