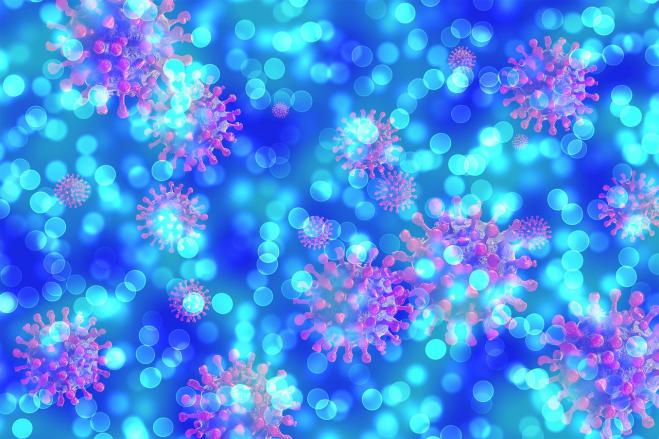 The coronavirus can lose up to 90% of its infectivity and ability to infect humans within 20 minutes of being in the air and most of this loss has occurred within the first five minutes, according to estimates of British scientists, who have simulated the ability of the virus to survive and infect when exhaled into the air by a carrier, in combination with environmental conditions, in particular humidity.

The use of a mask and the observance of distances, as well as the good ventilation of the spaces, help to prevent airborne infection.

"The greatest risk of exposure to the virus is when someone is close to someone. "When one moves away, not only is the aerosol diluted, but there is also a less contagious virus, as it loses its infectivity within minutes," said lead researcher Professor Jonathan Raine of the University of Bristol, according to the British Guardian.

Previous studies have shown that the coronavirus can be detected in air droplets even after three hours. But a new British study - which has not yet been published - concluded that very soon after the virus-containing particles are expelled from the lungs by respiration, they begin to lose moisture and, on the other hand, increase their pH, resulting in the virus facing increasing difficulty to infect human cells. How quickly the infectious particles 'dehydrate' and thus lose much of their infectivity will largely depend on how much humidity is in the ambient air: the higher it is, the longer the coronavirus can infect .

By the time humidity had dropped below 50% in the experiments, the virus had lost about half its infectivity in just five seconds, with a further slower loss of an additional 19% over the next five minutes. But if the humidity was at 90% (similar to that in a bathroom, for example), the reduction in infectivity was found to be slower, with at least half of the particles (52%) remaining contagious after five minutes and falling to 10% after 20 minutes. "So after 20 minutes the virus was estimated to lose about 90% of its infectivity.

Apart from the humidity that plays a key role, air temperature did not appear to significantly affect the infectivity of the virus, contrary to popular belief that its transmission is lower at high temperatures.