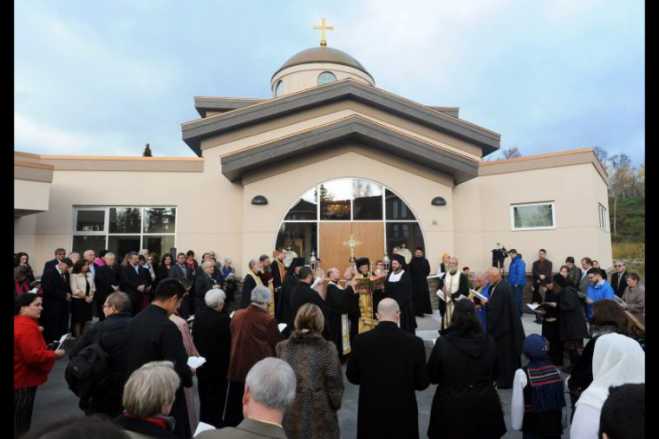 Greek President Prokopios Pavlopoulos contacted the members of the Hellenic Community in Anchorage, Alaska, in the United States and wished them Happy New Year.

The communication was made through the priest of the Community Vassilios Gialopsos when the members of the Community had gathered in the Orthodox Church of the Transfiguration of the Savior for the New Year's Eve.

Approximately 100 Greek Orthodox families belong to the Metamorphosis community, which was founded in 1953 and the first temple was built in 1958.

Today's church and community centre began to be built in 2010 and were completed in 2014.

The first Greeks went to Alaska in the 18th century along with the Russian missionaries.