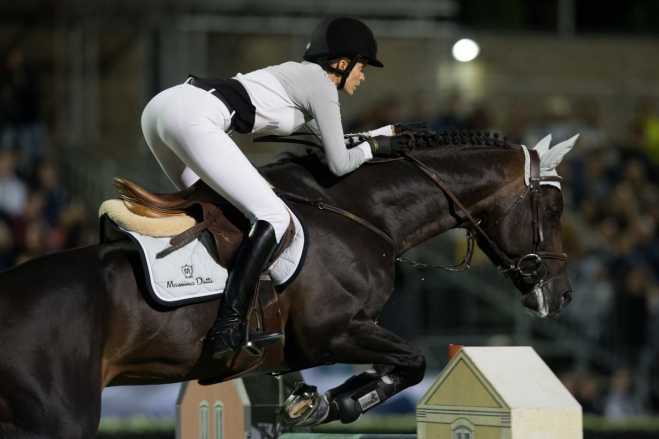 Athena Onassis seems to be coming to Greece after 12 years, following a call by the Hellenic Equestrian Federation for the World Cup to be held at the end of July in Markopoulo.

The "golden" heiress, according to the newspaper "Loipon", has already given a list of her requirements.

Athina Onassis is reportedly demanding a luxury home in Mesogia, which will be isolated from the other buildings, a large, armored, dark windowed jeep, many private guards on her side 24 hours a day, and no pictures of her personal life.

However, Athina Onassis may have been invited to the Longines Jumping Nations Cups International Riding Championship that will be held in Markopoulo at the end of next July, but she has not yet formally responded.

Her last visit to Greece was twelve years ago when she and ex-husband Alvaro had arrived for equestrian competitions where she had competed with the Greek national emblem.