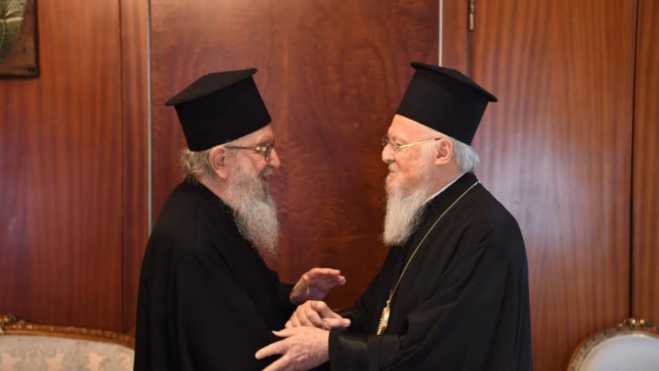 The Patriarch had sought the resignation for many years, however the embattled Archbishop pf America had been reluctant to offer it despite numerous scandals within the church.

Archbishop Demetrios had taken over as head of the American Church in 1999 following the three-year leadership of Archbishop Spyridon.

It is hereby announced that today Saturday, May 4, 2019, His All-Holiness the Ecumenical Patriarch received His Eminence Archbishop Demetrios, Geron of America, who apprised Him on various affairs of his God-saved Eparchy.

Thereafter, His Eminence, the Archbishop submitted his written resignation from the throne of the Holy Archdiocese of America, which he shepherded with God-loving care for twenty years, and which the Patriarch will bring for consideration before the Holy and Sacred Synod in its upcoming meeting of next Thursday, May 9.