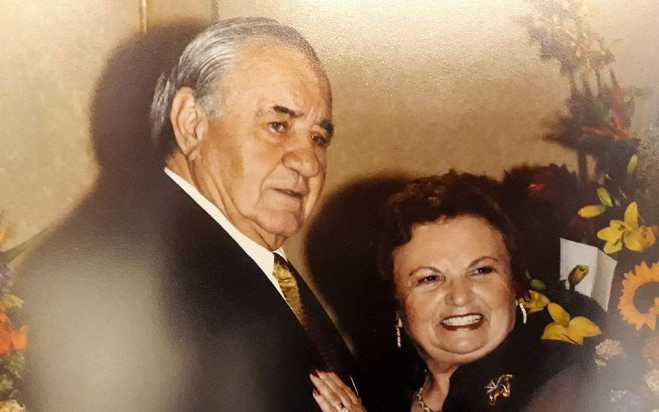 According to biographical details published by Hellenic Public Radio Cosmos FM, Kaloidis and his wife Georgia were born in Laconia, in the southern Peloponnese. They graduated from high school in Athens and emigrated to the United States in 1955 and 1963, respectively, where he developed a restaurant business and she studied information technology and business administration.

In the years that followed, Kaloidis and his wife, who had settled in Brooklyn, New York, financed numerous schools, hospitals, charitable foundations and ecclesiastical institutions in the United States, Greece and Cyprus.

“Dimitrios’ life was a life of successes but also a life of sacrifices and generosity towards his fellow human being, the Church and God,” Archbishop Elpidophoros of America said in a statement on Monday, describing the philanthropist as “an exemplary Christian.”

In an interview with Kathimerini last February, following the inauguration of the family’s five-star Mystras Grand Palace Resort & Spa hotel in Laconia, Kaloidis had sung the praises of the region, saying it was “ideal” for the hotel he and his wife had envisioned.

“It is situated close to the archaeological site and the town of Sparta, amid beautiful olive groves and oranges, and has fantastic views of Taygetos, Mystras and Parnon. Our region has a lot to offer the visitor, having exceptional sites of archaeological interest, ecclesiastical monuments and natural beauties. The aim, through our own investment and new investments that have to be carried out, is to put Laconia on the tourist map,” he said.

He had also said that his intention was to include the local community and businesses in the project.

“For the construction of the hotel we worked with contractors from the area and in the process started synergies with local producers and suppliers. I am very happy that we have recruited new people, exclusively from Laconia, whom we have trained properly so that we can provide the services one would expect from a five-star hotel,” said Kaloidis.

Kaloidis’ funeral will take place in Greece on Thursday, at the Metropolitan Church of Evangelistria in Sparta.