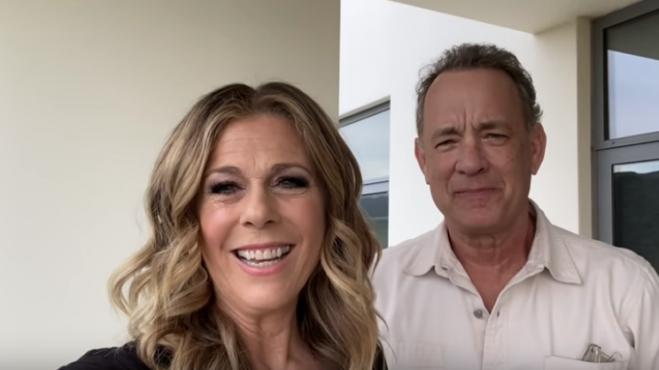 Hollywood power couple, Tom Hanks and his wife Rita Wilson, sent a video message on occasion of the bicentenary  anniversary celebrations from the Greek revolution 1821.

Rita Wilson said they were excited to celebrated with Greeks all over the world the 200 years from the Greek independence. “It’s an amazing thing to celebrate my Greek heritage”, says Wilson, with Hanks adding “…my Hellenic heritage”.

Oscar-winning actor Tom Hanks, who recently acquired Greek citizenship and his wife, Rita Wilson, filmed the one-minute video inviting everyone to visit the Commission’s website Greece 2020.gr and motivate anyone interested in proposing actions and events that will take place on the occasion of the 200th anniversary of the Revolution of 1821. But they are not the only ones. They invite all their friends to visit Greece, as they say “there is no better place”.