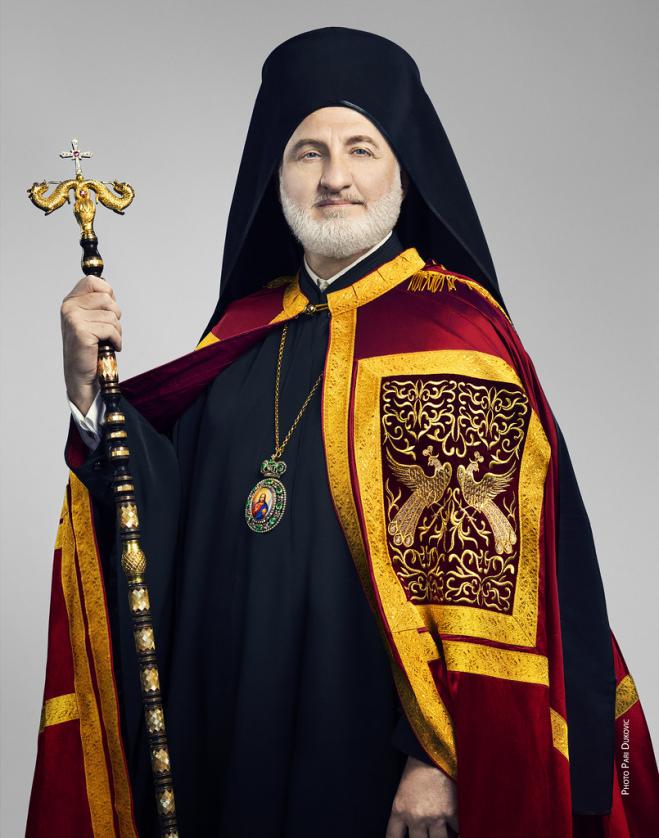 Her Excellency, Katerina Sakellaropoulou, the President of the Hellenic Republic, called His Eminence Archbishop Elpidophoros of America.

His Eminence briefed the President on the situation of COVID-19 in the USA and specifically in New York City, which is still the epicenter of the pandemic in the United States. He also discussed the impact of the pandemic on the Greek-American community and the Church.

He explained the measures for the restricted church services that were implemented to protect the health of the Faithful and the health of the greater public. As for Holy Week, he shared that the services will be broadcast via TV and the Internet and that he will celebrate Holy Week services in the Archdiocesan Chapel of Saint Paul.

He asked the President to convey his personal congratulations and best wishes to Prime Minister Kyriakos Mitsotakis for implementing the life-saving policies that are reflected in Greece's ability to successfully flatten the curve.

Since this was their first conversation since her accession to being Head of State, the Archbishop took the opportunity to congratulate President Sakellaropoulou and wished her much success for her service to the people of Greece, as the first woman to hold the Office of the Presidency, and every blessing to her and all Greeks for Pascha. He has also officially invited President Sakellaropoulou to be present at the official opening of the St. Nicholas National Shrine, scheduled at September 2021.