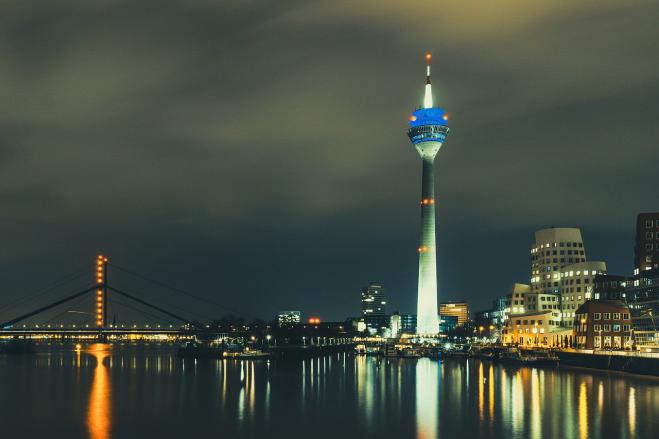 The Rhine Tower in Düsseldorf, one of the most emblematic buildings in the German city, will be dressed in Greek colors on March 25, marking the 200th anniversary of the Greek Revolution. The highest point of the city will be illuminated with national colors with the approval of the new mayor of Düsseldorf Stefan Keller in collaboration with the Consul General of Greece in the city Maria Papakonstantinou.

For at least 3 hours there will be a laser show which will capture the "200 years of Greece" in German along with a series of photorhythmic formations which will depict all the symbols of the revolution. Visible from all parts of Düsseldorf will be, among others, all the Greek flags and the seal of the Friendly Society. "It has never happened before in Düsseldorf. Both the Greeks who live here and the German Philhellenes who are many in our state are looking forward to it. We are looking up, there are many of us and we are becoming visible ", said to ethnos.gr the Consul General of Greece in Dusseldorf Maria Papakonstantinou.

It is indicative that out of the approximately 700,000 Greeks living in Germany, 200,000 live in the state of Rhineland-Westphalia. The Rhine Tower (Rheinturm) is 240.5 m high and is the tallest building in Düsseldorf and is a landmark of the city.