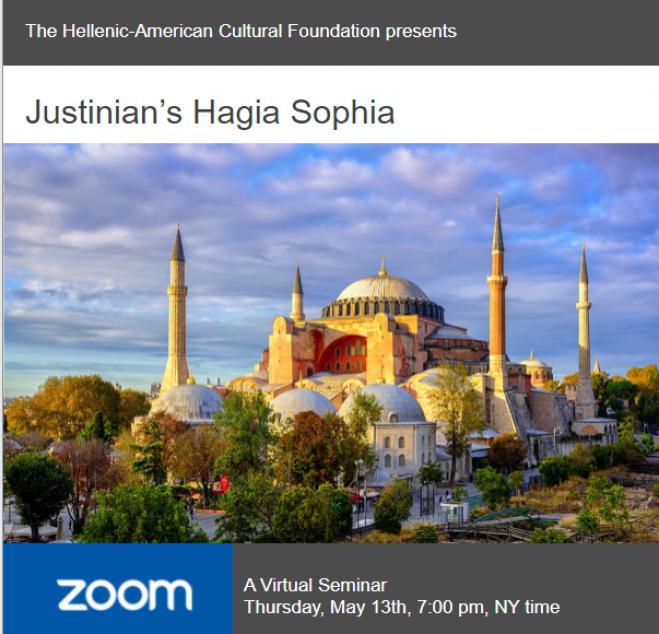 Completed nearly 1,500 years ago, the Hagia Sophia is both an architectural masterpiece and a cultural icon of Byzantine and Eastern Orthodox civilization. At the time of its construction, it was the world’s largest interior space and among the first to build a fully pendentive dome. Professor Ousterhout will address the transformation of the basilica as an architectural form and its subsequent impact on architecture in the eastern Mediterranean. Justinian’s Hagia Sophia represents a critical point in architectural history in terms of form, meaning, and aesthetics.

Nestor the Chronicler reported that travelers to the Hagia Sophia in 987 AD were awestruck with the structure remarking “we knew not whether we were in heaven or on earth…for on earth there is no such splendor or such beauty, and we are at a loss how to describe it. We only know that God dwells there among men...”

Professor Emeritus in the History of Art at the University of Pennsylvania, Ousterhout is the author or co-author of over 20 books on the art and architecture of the Byzantine world and has contributed to over 70 more. His extensive fieldwork has concentrated on Byzantine architecture, monumental art, and urbanism in Constantinople, Thrace, Cappadocia, and Jerusalem. This year he was awarded the prestigious Haskins Medal by the Medieval Academy of America for his distinguished book on eastern medieval architecture.

Only the hosts and speaker will be seen by video. The event is free, but please register so we can make appropriate arrangements.