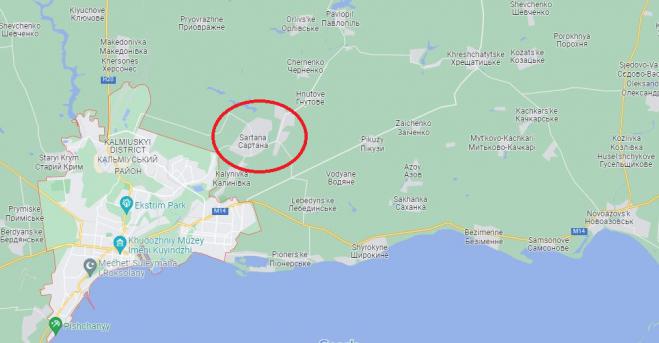 The announcement of the Foreign Minister

"The airstrikes against civilians, which continue in the village of Sartana and which led to the death of four more expatriates, are unacceptable criminal acts.

We call on the Russian Federation to immediately cease air strikes and any action against civilians.

It is worth noting that the latest announcement of the Foreign Minister who has made a move to the Russian embassy speaks in the title of the announcement for "murder" of the expatriates while in the previous two announcements he spoke about "death" by Russian forces.

A special impression was caused by the announcement of the Russian embassy which, after expressing its condolences, denied responsibility for the death of the (initially) two Greeks in the village of Sartana, as it claimed that the Russian army did not operate in the area today. In fact, he noted that the Ukrainian forces are responsible, stating characteristics:

"We note that the Ukrainian army and neo-Nazi nationalist battalions have been known for many years to strike, even with heavy weapons, at civilians. This is proven and officially recorded. "

"We warn that the Kiev regime is likely to use the Greek, as well as other ethnic communities living in Ukraine, precisely to provoke and inflate the anti-Russian reaction from abroad."

"The death of our compatriots causes sadness and anger for this unacceptable act of Russian attack on civilians," wrote Prime Minister Kyriakos Mitsotakis about the losses of Greek expatriates in Ukraine. "Condolences to their loved ones. "The Greek Consulate in Mariupol remains open to provide assistance," the prime minister added.