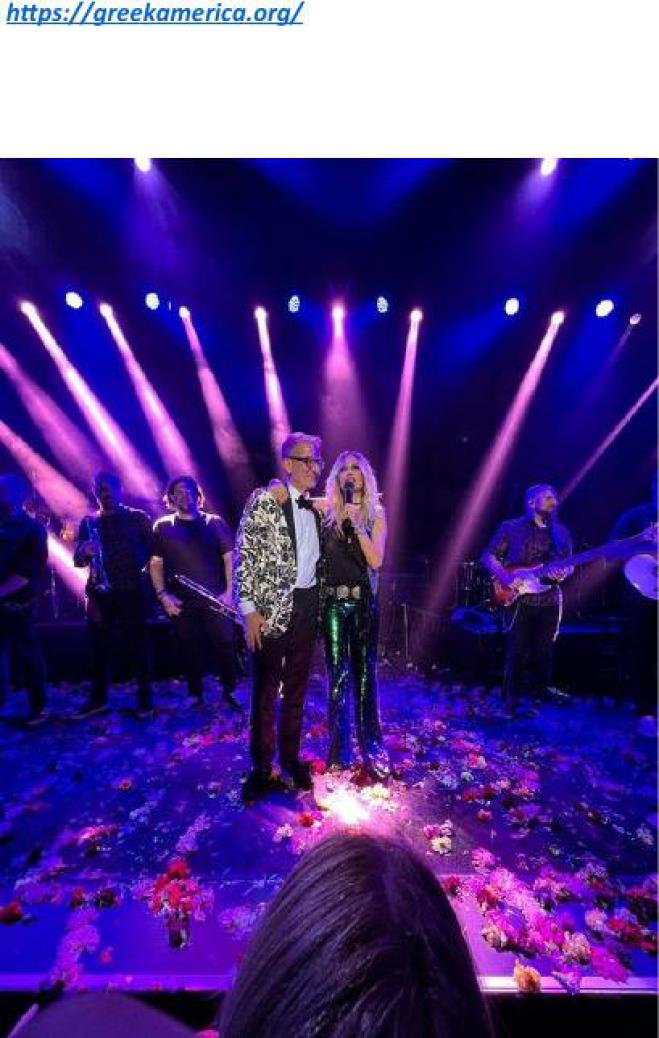 On the first weekend of June, the long-awaited Greek America Foundation festivities descended upon New York City bringing star-studded events to celebrate and “honor those North American individuals who strive for excellence in their careers, philanthropic life and in the service of the public.” The Greek America Foundation is an internationally acclaimed organization that supports and celebrates Greek culture and heritage, as well as humanitarian causes. It was founded by Gregory Pappas in 2007 with the intention that “it was time to get beyond the baklava. It was time to stop breaking plates, and to start breaking stereotypes.” He has gone above and beyond and has reigned in a groundbreaking era of inclusion, by recognizing a new generation of Greek America visionaries by honoring, supporting, and celebrating their accomplishments.

People traveled from around the world to partake in the jam-packed weekend activities which included a welcome dinner at Mina’s in MOMA PS1, a brunch honoring this year’s luminaries at the Greek America’s Forty under 40, as well as the much-anticipated Gabby Awards. The Gabby Awards, which stands for “Greek America’s Best and Brightest” has become the premier Greek American event. The festivities took place at the illustrious Plaza Hotel followed by an after party at Melrose Ballroom with a performance by the ageless goddess, Anna Vissi.

It was an unforgettable balmy NYC summer evening in which all of the senses of the guests were indulged in every way; with the theme Greek Summer, designed by the acclaimed Greek artist Cacao Rocks, a menu created by renowned chefs that delighted the taste buds, and a modern musical program that brought Greek kefi to the heart of NYC. The event was hosted by the inspirational actor Anthoula Katsimatides and the well-known comedian Angelo Tsarouchas, as well as a number of other special guests. The recipients of this year’s prestigious Gabby Awards included Niki Leondakis, CEO of CorePower Yoga, Amed Khan, a human rights advocate, and John Varvatos, Fashion Designer & Entrepreneur. The acceptance speeches of the noteworthy honorees spoke to the heart of all of the attendees as they shared the immigrant journeys and challenges of their parents and grandparents. There was no doubt that the values of hard work, service and filotimo that were instilled in them inspired them to create extraordinary, influential lives and to reach the pinnacle of their respective careers.

At the heart of all of the festivities of the weekend lies Gregory Pappas, the founder and creator of the Greek America Foundation. As he walked on to the stage, to a boisterous standing ovation, one could only imagine that as he looked around that he must have felt great pride and joy that his work has effectuated such change and has transformed as well as uplifted the lives of so many. In addition to cultural events such as the Gabby Awards and Forty Under 40, he has created programs to support humanitarian and philanthropic causes such as Project Hope for Greece, Team Greek America, Greek America Corps, as well as educational programs that include life-changing scholarships, fellowships, and internships.  For this reason and so many more ERT/NGTV is honoring Gregory Pappas as our Greek of the Week!