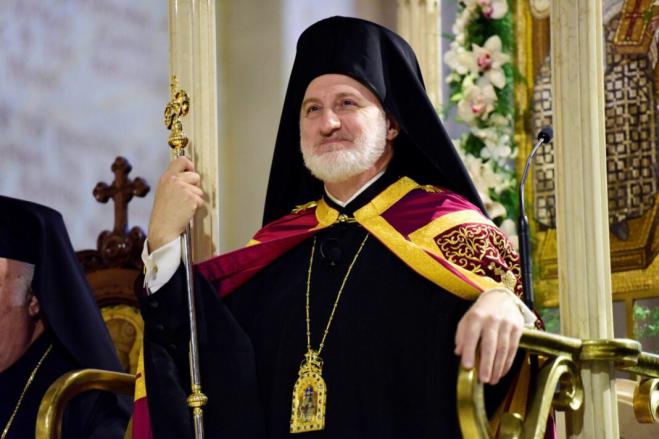 The Greek Orthodox Archbishop of America Elpidophoros on Tuesday announced an initial and immediately available donation of 350,000 USD for repair and restoration works at the Balukli hospital and nursing home in Istanbul.

The historic hospital, which first operated at the site in the late 18th century, was severely damaged by a fire last Thursday, with television footage showing the facility’s wooden roof and top storey destroyed.

The primate of the Greek Orthodox Church in America made the announcement after he was received in the Bosporus metropolis by the Ecumenical Patriarch of Constantinople Bartholomew, the “primus inter pares” of the world’s Christian Orthodox Primates.

The foundation that owns and operates the facility was created by the Ecumenical Patriarchate to serve the ancient Greek Orthodox community.

“Today, with particular joy, I am briefing His All Holiness (Bartholomew) that our Diaspora has immediately met the challenge for the rebuilding of this historic hospital building, and for the relief of our brothers in the city where they are hosted,” the Archbishop said.

Elpidophoros, himself a native of the Bosporus metropolis, arrived there earlier on Tuesday at the head of a large delegation of Orthodox pilgrims from the United States, and as part of centennial celebrations for the establishment of the Archdiocese of America.