The March 29th, 2014 dated letter, calls on the airline to maintain its non-stop service between the two cities for the entire year.

Addressed to Delta Executive Vice President Glen W. Hauenstein, the document asks that the airline continues its New York to Athens flight, between October 2014 to May 2015. Raptakis is a frequent Delta air traveler and penned the letter on behalf of his many fellow Greek-American legislators that also are vying for this improvement.

The Greek-American's letter states the following statistics. Since last October, the Senator has flown this route six times and observed at least 20-30 American citizens aboard flights from Amsterdam to Athens. There is a considerable amount of US-based flyers who use other airlines to arrive in Athens from American hubs. Raptakis states his understanding that in winter months, a daily flight would be challenging. However, he feels that a reduced three to four flights per week schedule, would be extremely beneficial between the two nations.

The Rhode Island Senator describes how this flight schedule would ensure a consistent business flow between other major Middle Eastern, Near Eastern and African airports, who don't have direct service. He is collaborating with Greece's Minister of Tourism and the United States Commerce Secretary on this matter. Leonidas P. Raptakis kindly requests a meeting between his Greek-American governmental colleagues and the Delta Executive Vice President. 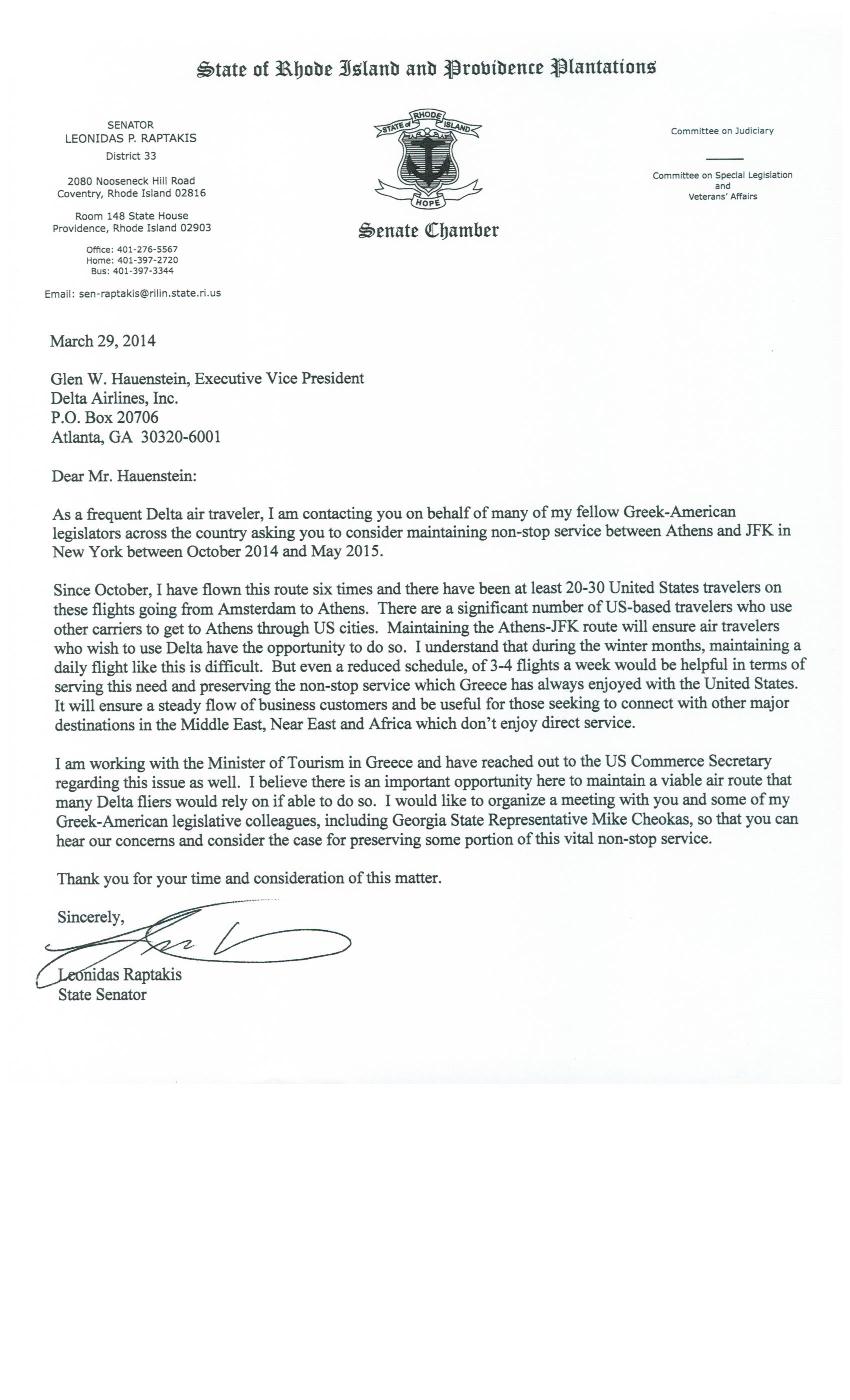