The Greek community of Astoria, NY was extremely elated over Greece’s win at yesterday’s World Cup game. Greece beat the Ivory Coast by 2-1, after not gaining any points in its first two games in Brazil. For the first time ever, Greece has advanced to the round of 16 national teams! 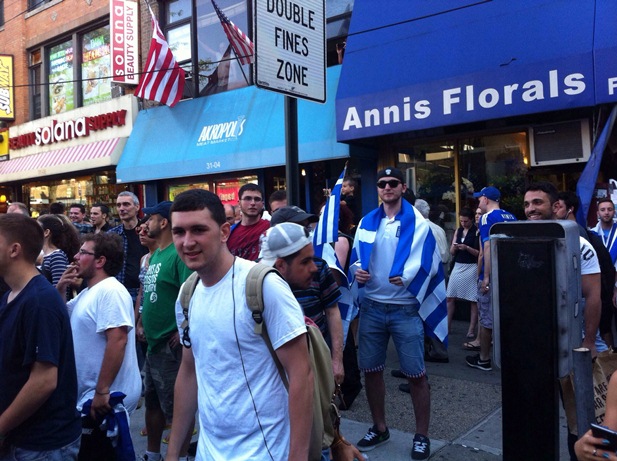 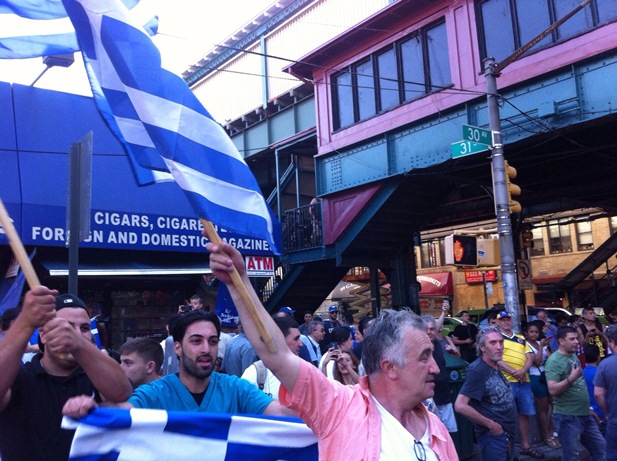 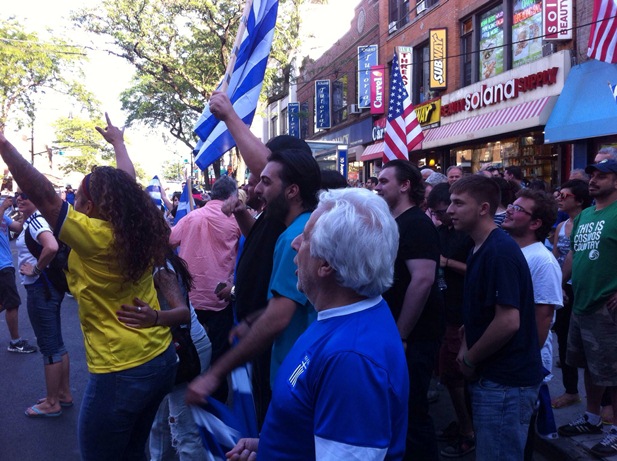 Thousands of Greeks, Greek-Americans and fans celebrated on the streets of New York City’s Greektown yesterday afternoon until the eveing. Horns were honking, people were screaming and flags were waving as the Greeks of New York poured onto the streets in Greece’s biggest stride since its Euro Cup win in 2004. 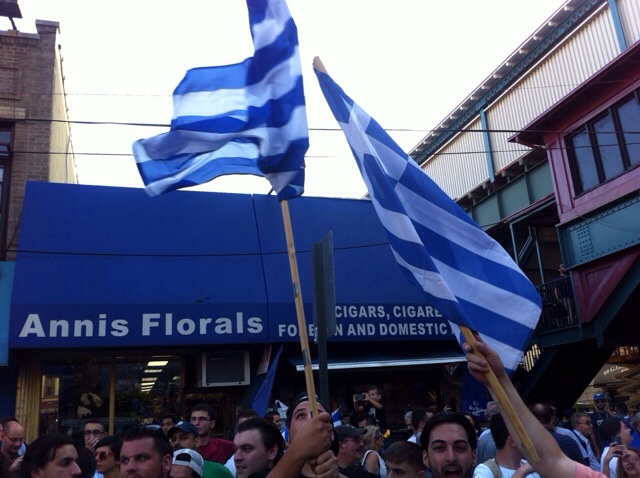 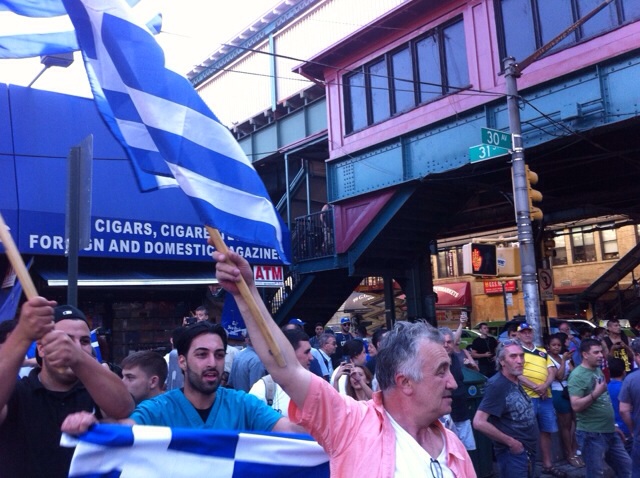 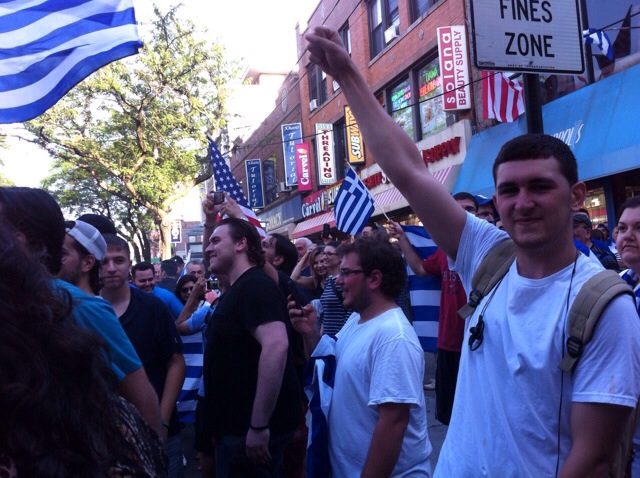 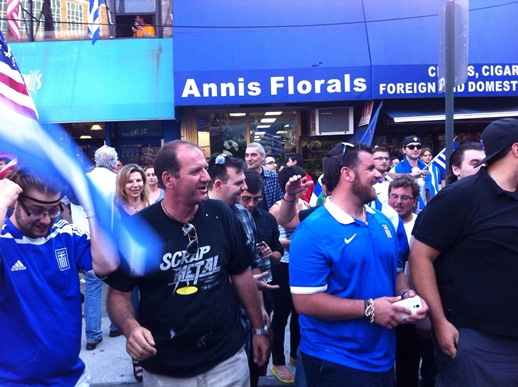 Greek national team captain Giorgos Karagounis stated of the victory, "We came here to advance from the group stage. We've never done it before, and we did tonight in a great way…The goal should have come earlier. So God helped us in the end and we all thank him. We prevailed against the odds. We had passion and we had fight”, according to Kathimerini.