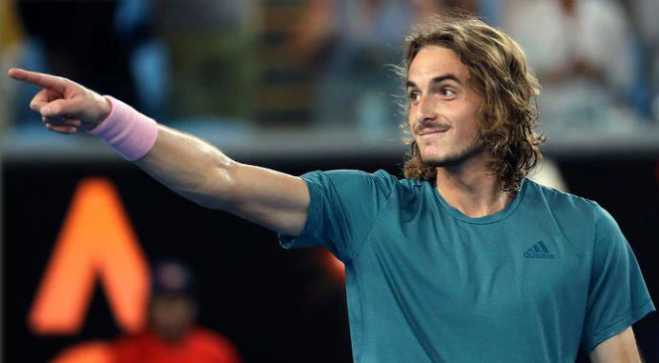 Fourteenth seed Stefanos Tsitsipas overcame a valiant effort from Viktor Troicki to book his place in the Australian Open third round.

Tsitsipas was backed by a strong Greek contingent on Court 3, and he oozed confidence at times as he held his nerve to win 6-3 2-6 6-2 7-5 on Wednesday.

The 20-year-old only converted four out of 19 break points during the contest, but after withstanding Troicki's test, he will now face Nikoloz Basilashvili after the Georgian defeated Stefano Travaglia in a thrilling five-setter.

Tsitsipas, who won five of his last seven matches on a hard court, reached the second round after a four-set win against the Italian Matteo Berrettini.

After coming through a scare in the second set, he will take part in the third round of a Grand Slam for the second time in his career.