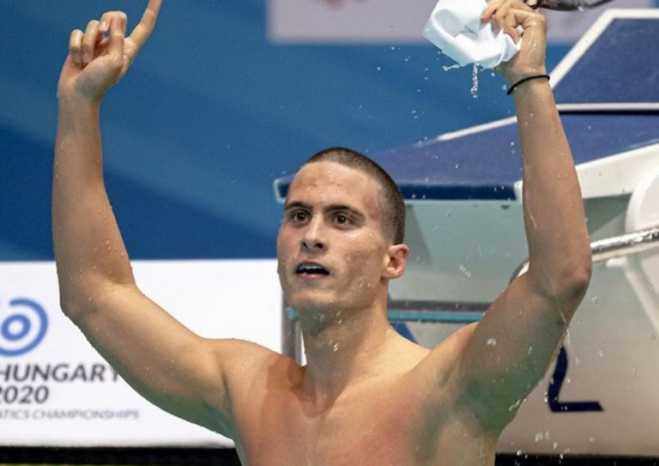 The men’s 400 IM final was expected to be a race between Carson Foster and the clock. The outcome was quite different, Apostolos Papastamos, of Greece, cracking the World junior record in 4:11.93 and Ilia Borodon, of Russia, also inside Foster’s standard, on 4:12.95 for silver. Papastamos is now the third fastest 17-year-old ever, while Borodin is the fastest 16-year-old in history.

Foster already won the 200 IM gold medal this week and split a fantastic 1:46.1 on the end of the United States’ 4×200 free relay last night to break the world junior record, so he looked primed to win the gold medal.

But Foster had trouble getting going in the 400 IM final, leading at the 200 mark under his own record pace, but the rest of the field was in tow. Greece’s Papastamos took control of the race in the breaststroke leg and never looked back. Papastamos put the pedal to the metal on the breaststroke leg, splitting a 1:10.58 to Foster’s 1:14.28, who fell way back on the second half, possibly feeling the effects of the pressure as the world junior record holder or just fatigue from a heavy program.

Russia’s Borodin also split a 1:10 on breaststroke to pass Foster on the third 100 as the two Europeans were a second under the world junior record pace at the 300 turn.