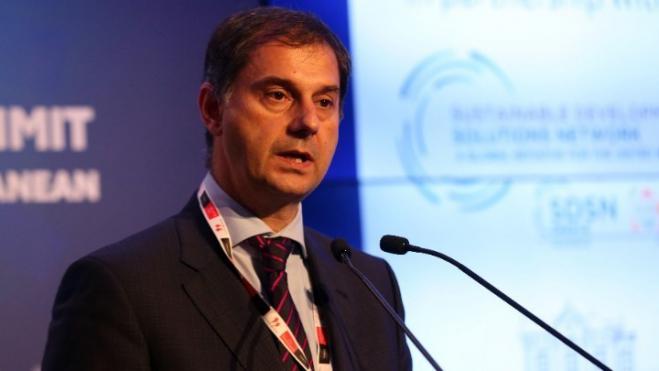 Tourism Minister Charis Theocharis on Wednesday spoke of a new strategic plan concerning sustainable tourism, which can be brought about by consultation with the tourism industry itself so that new tourism products will have an ecological footprint and not burden the natural environment, in an address to the Third Sustainability Summit for South-East Europe and the Mediterraneans held in Athens on October 16-17.

Theocharis mentioned among other things how Greece saw fewer Scandinavian tourists so far in 2019, due to environmental campaigns against pollutant emissions from the use of airplanes. The minister said that challenges for the tourism industry are ever-present and that Greece should prepare so as to be able to attract visitors for what he called a genuine and sustainable experience.

Achieving a sustainable tourism economy will have to rely on 'green certifications' and investments through EU funds allocated for that purpose, the minister said.

According to figures cited by Theocharis concerning the penetration of the so-called 'blue economy' into Greece's GDP, he said this represents a 7.2 pct of GDP and employs 350,000 workers. In fact, he noted, three-quarters of these workers are located in the country's coastal areas, he added.

Christos Zerefos, Head of the Research Center for Atmospheric Physics & Climatology of the Academy of Athens, spoke of a need for introducing more Renewable Energy Sources into national economy policy and planning. Some investments have been made in wind and solar energy, he said, but almost no investments have been pursued in geothermal energy.

In consequence, said Zerefos, Greece will not be able to meet the objectives of the Paris Agreement against global warming and he estimated that by 2050 the temperature in Greece will have increased by 2 degrees Celsius.

The Third Sustainability Summit is part of The Economist Events, along with the United Nations Sustainable Development Solutions Network (SDSN) in Greece and in association with UN SDSN Mediterranean, UN SDSN Black Sea and EIT Climate-KIC Hub Greece.