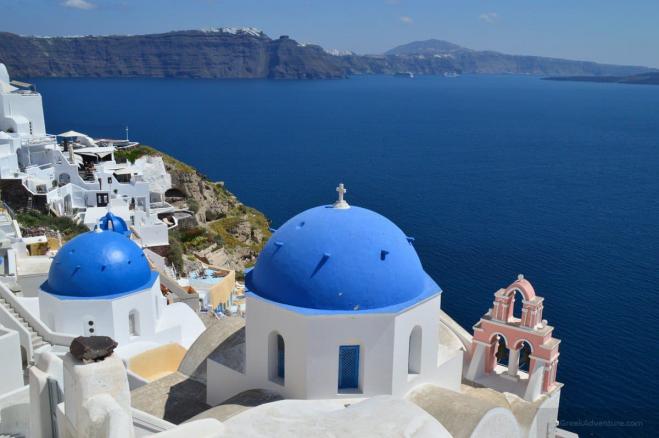 Santorini should become a model for a new kind of tourism, a sustainable one, Tourism Minister Charis Theocharis said on Friday during a visit to the popular Aegean island also known as Thera.

Theocharis met successively with the South Aegean regional director, the mayor and other local and port officials of the iconic Greek island, which is struggling to contain the overflow of visitors.

"We all share the wish that Santorini - the uniqueness of which has made it a reference point globally - becomes a model of a new tourism paradigm in Greece for viable development," Theocharis said. "In this context, preserving its unique landscape, its traditions and its production through coordinated actions is a key purpose of this effort."

He said that his visit to the island was the first step to encouraging collaboration between government and local officials to resolve ongoing issues.

While on Santorini, Theocharis also paid a visit to TUI's cruiseship 'Mein Schiff Herz' and the prehistoric site of Akrotiri, where he was given a tour. The minister also attended an event that made Greek President Prokopios Pavlopoulos an honorary resident of Thera.