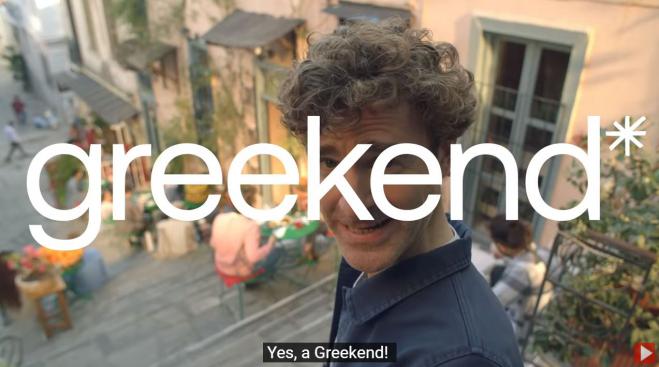 A real story is the story of this year's EOT campaign, which focusing on the beauties of the country, aspires to show that Greece is not by chance the favorite destination of millions of visitors.

And who stars in this, but... Otto! And no, we are not talking about Otto Rehagel, with whose help, in the summer of 2004, Greece enchanted Europe and conquered the Euro 2004.

Now, with another Otto, a protagonist in the advertising campaign, the country hopes to raise the tourism trophy to new heights.

As stressed by the Minister of Tourism, Vassilis Kikilias speaking on the MEGA tv "Otto came to Greece 20 years ago and became a permanent resident"

The show presented the new spot of EOT, a real story starring an Austrian who visited Greece and never left!

"We are the number 5 tourist brand in the world. We met with EOT Otto, who is Austrian and he told us his story. He came to Greece 20 years ago, for a while and finally fell in love, got married and stayed forever. He lives in the house you see in the spot, in Milos. I would like to congratulate the Hellenic Tourism Organization for this effort. The spot hits the traveler's feeling. "We feel it is a nice way to promote the country beyond tourism," said Mr. Kikilias.

Where does the campaign focus?

The campaign presents the most charming side of life in the big cities, where every visitor can enjoy a weekend. The protagonists wake up in a sunny city and have all the time in front of them to get to know its beauties: museums, walks, strolls on the beach, coffee in the outdoor cafes, delicious food, arts, shopping, meetings and acquaintances, fun, a weekend that has it all.

A wonderful weekend full of special activities, so uniquely Greek, that it almost has the right to have its own name. Greekend is a wonderful experience to live and get to know the most beautiful parts of the city. A carefree weekend is what everyone has been missing after the difficult months of the pandemic. Athens and Thessaloniki are cities that offer it generously. "Make your weekend a greekend" says the protagonist of the commercial.

The new EOT advertising campaign will initially last almost two months and will be shown, in the first phase, in ten countries that have shown particular interest in Greece, such as France, Germany, Denmark, the United Kingdom, Spain , Italy, the Netherlands, Poland, Sweden and Israel. The campaign will be repeated at regular intervals throughout the year.

The aim of the new "City Break" campaign is to establish the new concept greekend and to enrich it with other major Greek cities that have connections with foreign airports and can support a successful City Break.