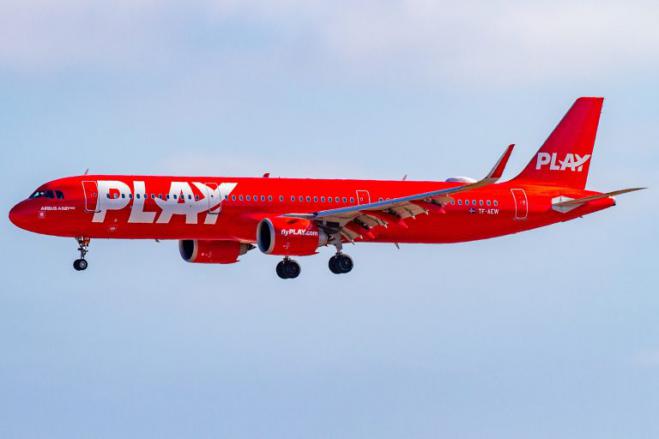 Low-cost Icelandic airline PLAY has started ticket sales for flights from Athens to Iceland and the United States of America, initially with two flights per week, every Tuesday and Saturday, starting June 3, 2023.

PLAY offers transatlantic flights between the USA and Europe and has 27 destinations in its route network, and from the new year, it will operate 10 Airbus A320/A321neo aircraft.

The Icelandic low-cost airline was founded in 2019 and is now listed on the Icelandic stock exchange. Its core motto is 'Pay less, PLAY more', which means its customers spend less on their airline tickets so they can spend more while having fun in the destinations PLAY takes them to , as specified in the relevant announcement.

From Iceland, PLAY passengers can continue their journey to the US, where the company operates to four destinations: New York, Washington, Boston and Baltimore. The flight time from Athens to Reykjavik is approximately 5 hours 30 minutes and for those traveling to the USA the connecting flight time will be approximately 2 hours.

Read more: Passenger traffic at Chania airport has "taken off".

"We are looking forward to starting our activities in Athens. Wherever we have started offering our services so far, the prices of air tickets have fallen. So this is our goal for Greece as well: to come in strong and reduce the cost of flights to Iceland and the USA from Athens," said Birgir Jónsson, CEO of PLAY.

Increase in travelers to Iceland

It is characteristic that the number of travelers from Athens to Iceland has increased significantly in previous years, even before the pandemic - an annual growth rate of 20% between 2015 and 2021, while the increase in the last year is even more impressive - approximately 8,700 travelers between July 2021 and August 2022, with most choosing to travel to Iceland in August. This, combined with the fact that New York is the most popular destination in North America after Athens, with 500 flight passengers daily, are the main reasons that pushed PLAY to enter the Greek market.