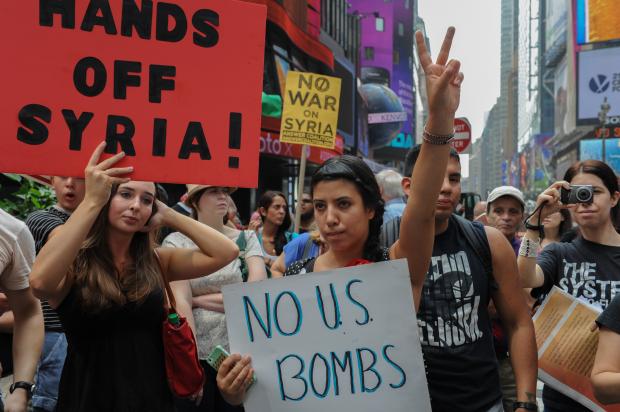 The protesters carried signs saying, "No more wars for corporate profit," and "Cut the Pentagon, not food stamps."

Police officers blocked off areas to allow the protesters to voice their opinions without disrupting the flow of tourists through the square.