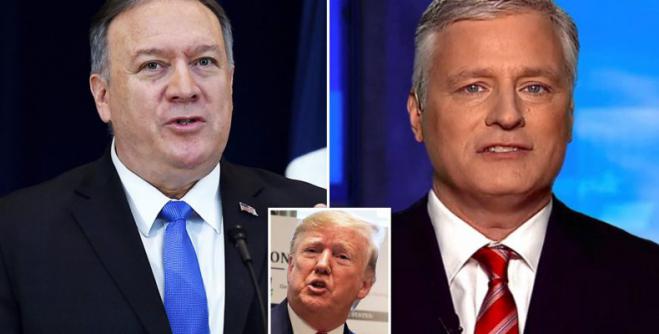 A statement issued by the US National Security Council (NSC) leaves the impression that once again, the "pillars" of shaping the country's foreign policy are not fully aligned with the burning issue of dealing with Turkey, in particular regarding its - occupational - presence in Syrian territory, with various pretexts.

Robert O'Brien, Donald Trump's National Security Adviser, speaking to the Atlantic Council think tank that the United States has made clear its displeasure with both Russia and Turkey over the situation in the Syrian province of Idlib although he admitted there was no "magic" way to deal with it.

This statement is significantly distant from the one-dimensional support offered Turkey by US Secretary of State Mike Pompeo through posts on Twitter. A similar attitude seems to be observed by NATO, which also chose to show sensitivity only for the victims among the uninvited to Syria Turks and supported the Turkish leadership.

These two different statements give the impression that there is currently a divergence of views between the National Security Council and the State Department, a picture that Washington has often shown in recent years, sending the wrong messages to anyone concerned about the situation in the "hot spots" of the planet.

Of particular importance, at least to Turkish expectations, is O'Brien's reference to the United States' unwillingness to engage US troops to ... resolve problems they have not created.

Since the US has let Turkey sink Syria into the civil war, supporting "alternative agendas", if not at all responsible, along with other negative characteristics, of course, is at least reprehensible on the moral level at least ... Because it can be convenient, but it's also unethical for Washington to pretend to be "not seen" and "not heard." Of course, to expect "ethics" in international relations is naive, especially when international security is beginning to be affected.

Even at the last moment, however, the US will have to decide whether their strategy is served by the overthrow or retention of Bashar al-Assad in power to try to unite the country and put an end to the bloodshed. And they should act accordingly.

Because if they really want an end to the bloodshed, they should not go along with supporting the Turkish occupation army. The Russian forces have at least been invited by the recognized government of the Middle Eastern country. So the question is, should those involved decide to accept, that the goal of overthrowing the Syrian Baathist regime has finally failed, or will they continue to place their weight behind that goal.

Otherwise, any voices "concerned" about the situation created at Idlib are either unrealistic or hypocritical. Turkey proves once again as throughout its history as being a force of invasion and occupation. As simple as that.