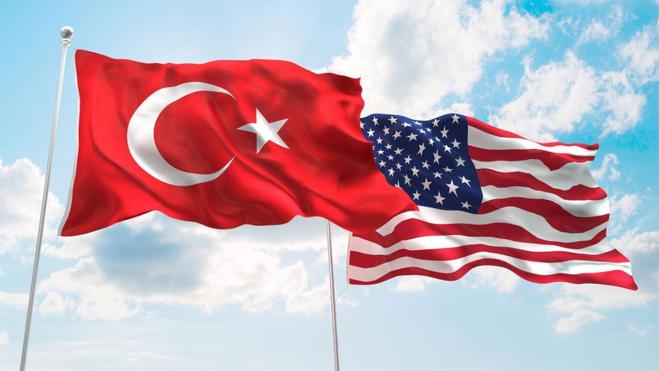 March 3 was the most important day for the rival Democrats ahead of the presidential elections, Super Tuesday. 14 states chose who they would like to contend against Donald Trump this November.

While the candidates have important and diverse views regarding domestic policy, we should not forget about their foreign policy programs. For instance, what do the current candidates think about Turkey?

The only candidate from the Republican Party, current US President Donald Trump, has tried to avoid following a purely globalist line, preferring a pragmatic approach that excludes intervention in the Middle East. However, there is an influential neoconservative lobby around him that supports the Kurdish agenda. For example, James Jeffrey, the United States Special Representative for Syria Engagement, has long been pushing a pro-Kurdish agenda that runs counter to the interests of Ankara.

Thus, the current administration, much like the previous one, demonstrates duplicity in relation to Turkey.

When it comes to Turkey, the United States has serious business interests, particularly in terms of selling the country American arms. Trump’s opinion about the Turkish campaign in Syria could essentially be summarized in this statement:

Despite the tension between Turkey and the United States in recent years, Washington, on the one hand, has demonized Erdogan’s “authoritarian regime” and, on the other, has tried to push it back into NATO’s orbit of influence. In many ways this manifested itself as a policy of “stick and carrot”, either threats of sanctions or offers of assistance (and obsessive reminders of Turkey’s F-35 purchase).

For example, it recently became known that Trump had promised Erdogan to lobby NATO members to provide Turkey with Patriot missile systems (although they had previously refused to support open air assistance in the Idlib operation).

Trump’s reaction came as no surprise to officials in Ankara– the US president does not want to lose voters by getting involved an additional military conflict during an election year. However, according to recent data, the US is at least ready to provide Turkey with ammunition for the operation in Idlib.

The US recently announced additional humanitarian assistance worth $108 million for civilians in war-torn Syria, however, it was not specified to whom it would be given.

There is suspicion that the US is still working to destabilize the region – it is very possible that the money will go not to the “people of Syria” but rather to Islamic militants or the Kurds.

Thus, while the Trump administration made some formal gestures toward Turkey, they were in opposition to the multipolar world and the integrity of Syria. Ultimately, Washington’s alleged assistance is about undermining Turkish sovereignty.

Former Vice President Joe Biden has been quite consistent in his anti-Turkish attitude, although he has long tried to maneuver between demonizing Turkey and trying to draw into the American orbit.

Relations between Ankara and Washington cooled down sharply after Fethullah Gulen’s coup attempt in Turkey in 2016. That same year, Biden became the first senior American official from the Obama administration to visit Turkey after the attempt to overthrow the government. Biden tried to conduct a diplomatic dialogue but made no real progress.

However, in his speeches throughout 2016, Biden expressed consistent opposition to Turkey.

For example, Biden criticized Turkey as a “poor example” for freedom of expression.

In so doing, he struck a difficult balance between demonstrating support for a NATO ally facing multiple security threats and criticizing the country’s record on freedom of speech and dissent.

It is worth noting that at that time, Biden was vice president and acting as an executive bureaucrat working in line with Obama administration’s globalist ambitions.

Biden’s current presidential program promises to end the wars in Afghanistan, the Middle East and Yemen. Biden says he will bring the vast majority of troops home from Afghanistan and narrowly focus intervention against Al-Qaeda and ISIS. He also says he will end US support for the Saudi-led war in Yemen. He was, however, careful to say that military force would always be an option in his White House.

Nonetheless, Biden will likely continue to relate to Turkey in globalist terms, given that he continues to refer to the “success” of Barack Obama’s administration, which supported the Atlanticist project of the Greater Middle East and Kurdish separatism. Like most Democrats, Biden regularly criticizes Trump for “betraying the Kurds.”

Trump’s decision, according to Biden, created a humanitarian crisis and gave terrorists “a new lease on life by forcing the Kurds to defend themselves against Turkey instead of fighting ISIS remnants.”

Realizing the mistakes of 2016 when Sanders focused exclusively on domestic politics, this time, the socialist spoke more about foreign policy than other Democrats and seriously worked to find a common foreign policy framework to unite potential Democrats voters. In general, commentators agree that Saunders challenges the arrogant US attitude toward international relations: if his policies follow suit, that could mean a lot of relief for the rest of the world.

However, in Sanders’ program there is almost nothing about Turkey: he refers to Afghanistan, Iraq and the Israeli-Palestinian conflict, but rarely Turkey.

As noted by Turkish political analysts, the problem is that Sanders’ political career has never been closely associated with Turkey or the Middle East region. Sanders began his career in local politics in Vermont as mayor, then entered the House of Representatives in 1990 as a self-proclaimed socialist- he has spent most of his life dealing almost exclusively with domestic issues.

Bernie has, however, had words of criticism for Turkey. He has expressed dissatisfaction with Ankara’s operations in north-eastern Syria and around the “Kurdish question”.

“Turkey is not a US ally when it invades another country and engages in mass slaughter,” he said during the debates.

In other words, Sanders is also supporting the Kurds in the region. Sanders criticizes Trump for betraying the Kurds “one day after a phone call with Erdogan.”

According to him, 11,000 Kurdish militants and Syrian democratic forces were killed in the war with ISIS, and trusted the US with protecting them in exchange.

Sanders attached his name to a letter forwarded to President Trump in October 2017 by a group of Senators led by John McCain urging Trump to demand that President Erdogan “respect human rights and the rule of law.”

In some ways, Sanders does criticize the globalist agenda of the United States – for example, in regard to CIA sponsored coups in Iran and Chile. At the same time he criticizes Trump for generating resentment among the US’ European allies, comparing the American president to “authoritarian leaders like Putin, Orban in Hungary, Erdogan in Turkey, Duterte in the Philippines, and North Korea’s Kim Jong-un”.

In general, Sanders does not approve of Turkey. For example, in October 2018 at the John Hopkins School of Advanced International Studies, he referred to the Turkish government as authoritarian.